Police: Boy, 16, said he brought bullets to East Greenbush school as a prank

A 16-year-old boy has been arrested, after two bullets were found inside a bathroom at Columbia High in East Greenbush on Thursday.

Police say the boy brought two 9 mm. bullets to school as a prank, because he allegedly wanted the school to close for the day.

The school didn’t close, but went into shelter in place as police investigated.

The teen is charged with making a terroristic threat.

The district will be taking disciplinary measures. 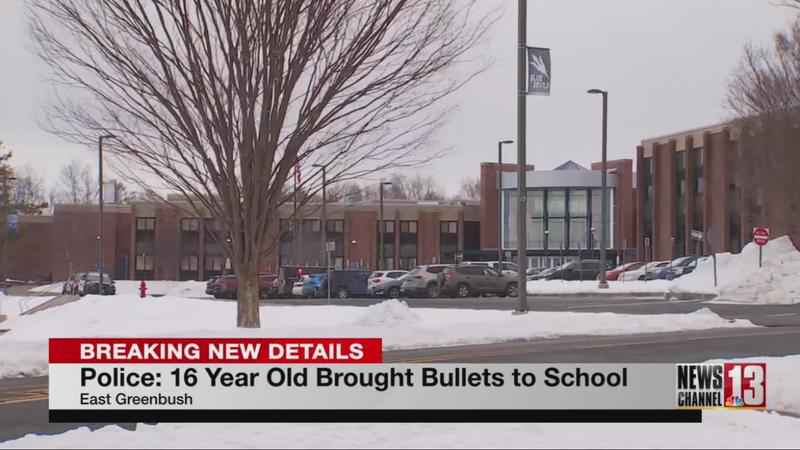 The Voorheesville middle and high schools were also locked down Thursday morning. In that case, students and staff were held in place after a message was found written on a bathroom stall in the middle school. Those schools have also resumed normal operations.