State police say a crash involving a fire truck in Troy started Tuesday afternoon when a trooper attempted to stop a car on Interstate 787.

They say the driver would not pull over. So a pursuit was initiated.

The chase continued down I-787 toward Troy and that’s where it ended.

Police say the driver swiped a Troy fire truck on First Street. The truck had minor damage and no one was injured.

The driver then ran off foot. Police say he’s still on the loose. 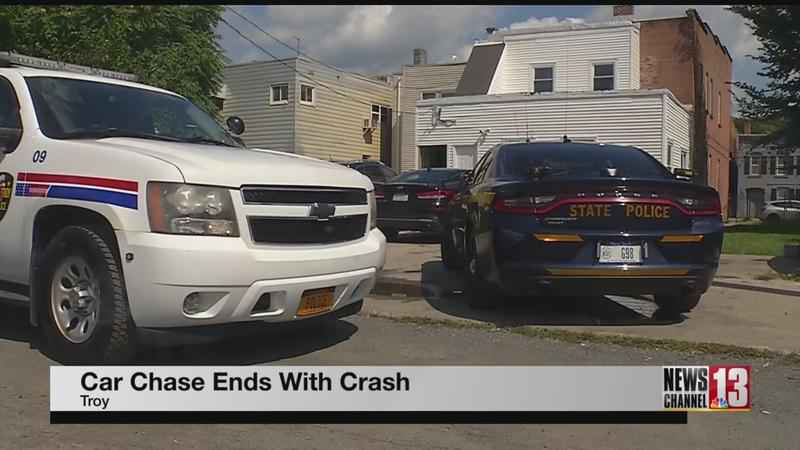