SCHENECTADY – A homicide investigation is underway in Schenectady.

Police were called to 3rd Avenue Wednesday night, where they found a shooting victim in a car that had crashed into the front porch of a home.

At this point, it’s not clear when or where the gunshots were fired.

Detectives have gone through the neighborhood, interviewing witnesses, and gathering surveillance video. 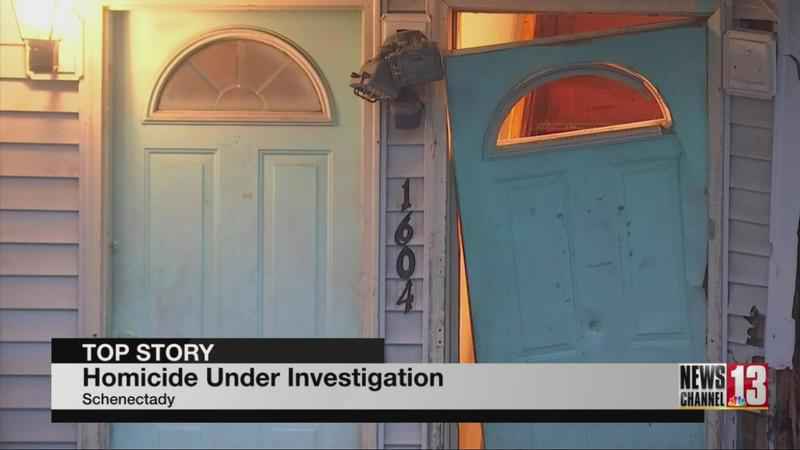 It is safe to say they know a lot more about what happened than they did when the sun came up Thursday morning.

Schenectady County dispatch received multiple 911 calls at around 8:30 Wednesday night. Those calls were for both, shots fired, and a vehicle into a house.

According to neighbors, they heard five gun shots and then an out-of-control car heading down Davis Terrace at a rapid rate of speed, slamming into the porch at 1604 3rd Avenue, doing considerable damage to the front of the house, and possibly totaling the car that was parked in the driveway.

Police say inside the runaway car was a 38-year-old man dead of multiple gunshot wounds.

Police are asking for the public’s help solving the crime. If you saw or heard anything, or if you know something, call them.