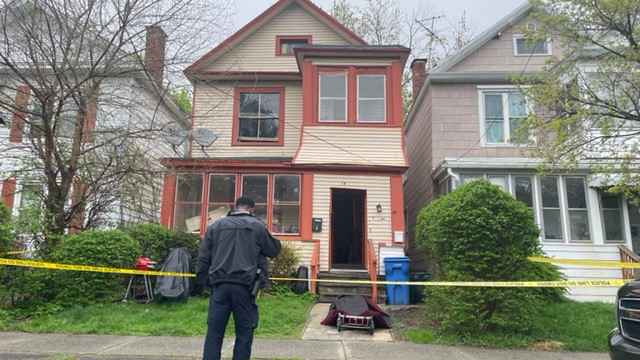 Albany police are investigating after a man was shot and killed inside a second-floor apartment.

The victim’s body was removed Wednesday morning and taken to the morgue, where an autopsy will be performed. Preliminary information from police indicates a 30-year-old man was shot twice, and died at the scene.

This is Albany’s second homicide of the year. Police stress this was not a random murder. The killer and the victim knew one another.

Police were called to the address at around 1:30 Wednesday morning. At this point, no one is in custody.

NewsChannel 13 spoke with several neighbors who said they did not hear anything. No one seems to know who lives on the second floor at 19 Stanwix. They said that there have been several tenants over the past few years.

One neighbor said while she didn’t hear the gunshots, she knows the pain of losing a child to gun violence from an incident seven years ago.

At approximately 1:15 a.m. officers responded to a home on Stanwix Street for reports that a man had been shot. Upon arrival, officers discovered a 30-year-old man pic.twitter.com/amdeC3NqqR

inside with gunshot wounds.

He was pronounced deceased at the scene.

The identity of the victim will not be released until proper notifications have been made.

At this time the investigation remains ongoing and no further details are available.

Anyone with information is asked to call detectives at 518-462-8039 or send anonymous tips to @CRCrimeStoppers at https://t.co/US7Qtum4mT