Police in Johnstown are investigating a funeral home that’s accused of mishandling human remains and operating without a license.

Police say they were at the Ehle-Barnett Funeral Home on North William Street Friday night because they were contacted by someone who entrusted the funeral director, Brian Barnett, with the cremation of a loved one. The family told police they had tried to contact Barnett for several weeks and could not reach him.

Police also tried reaching out, and say they didn’t have success. They later discovered Barnett’s license to practice had expired in late-November. They say the funeral home itself wasn’t a licensed firm either.

Police got a search warrant after they learned of another body that they say had been left in Barnett’s care. They say death records show the person had been cremated, but police say the crematorium had no record of it. 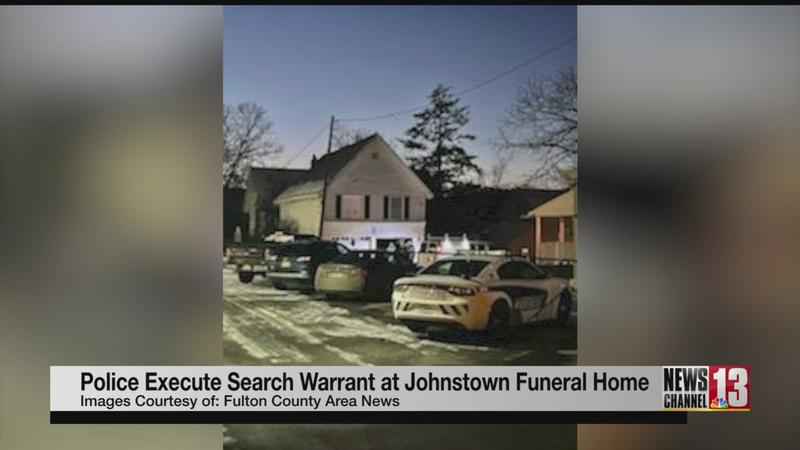 When investigators got inside the building, they say they found human remains, not properly stored and decaying. The remains were surrounded by furniture and other items.

In the garage behind the building, police say they found two more sets of human remains decaying, surrounded by more furniture and other items. Police say they then discovered more than a dozen containers with cremated remains, some of which had been left open and did not have visible ID tags.

Anyone who did not receive their family member’s remains after services at the funeral home is asked to contact police.

This is an active investigation, and police say charges are pending.

NewsChannel 13 did reach out to the Ehle-Barnett Funeral Home for comment and has not heard back.