They say the first shooting happened around 11 p.m. Friday night at 834 8th Street. A woman who was found at the scene was taken to the hospital. Police have arrested her husband.

Around 12:45 a.m. Saturday, police responded to a banquet hall on 3rd Avenue where a man was found and sent to the hospital. No arrests have been made in that shooting.

Both victims are now in stable condition.

Police say there is nothing to suggest the two incidents are related. 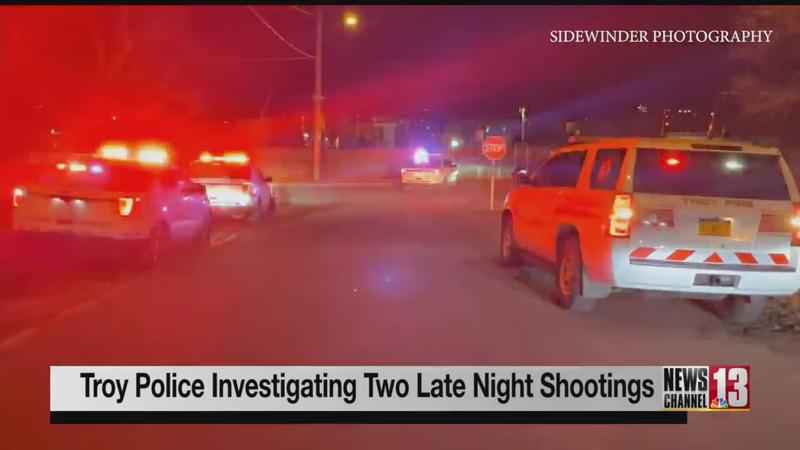 NewsChannel 13 will bring you any updates we get on WNYT.com and our later newscasts.