Imagine someone calls your house and demands tens of thousands of dollars to get one of your relatives out of trouble. Then someone shows up at your home to collect the money. That’s exactly what happened to two people in Glenville. After they handed over the money, they found out it was all a scam.

“A large percentage of the time these types of calls, these types of scams come in on a 7-digit line, an actual hard line in your house, not a cell phone,” said Glenville Police Chief Stephen Janik.

Janik says it happened to two separate people this month, one in their 70s and one in their 80s. The scammers called saying their sons were arrested and needed bail money. One person handed over $15,000, the other, $20,000 in cash to someone who showed up to collect it.

“These are people that have big hearts and want to help their family when they believe and, understandably, when they’re told something that’s this tragic,” Janik said, explaining these scammers targeted older adults, getting detailed information about their relatives’ names and identities from the internet.

The chief says what makes this scam so alarming is that someone brazen enough to show up to a victim’s home and collect cash could be bold enough to do a lot more while they’re there. 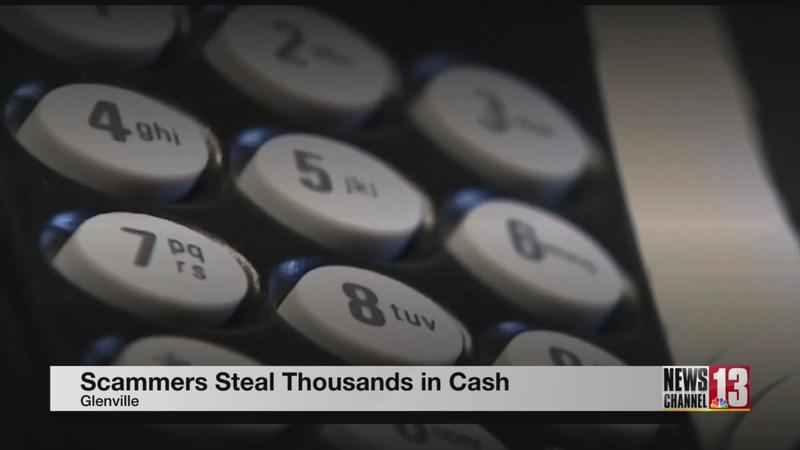 “This is more dangerous, because now you’re actually meeting the criminal at your front door,” he said.

Often times, victims are embarrassed after they find out it’s a scam. But Janik says the call usually involves a sense of urgency that could send anyone into a panic. The best thing to do is take a moment and get off the phone. Then call police. Janik says he could have warned victims that the bail amount was suspicious, given that New York has reformed its bail laws.

“Please, please, please, do yourself a favor— look into this a little bit. Get a number from the person to call back,” he advised.

Once the money is gone, police often can’t track the call. Janik says it usually comes from another country, and he’s personally seen scams originating as far away as Nigeria. It’s also hard to track the so-called “mule” hired to get the cash in person.

“It’s very hard for us to see a good result such as an arrest for this,” Janik said. “The calls are coming from overseas. The information is being obtained through the internet.”

But says he’s ready to mobilize resources if a victim were to reach out before the scammer showed up at their home.

“Let us come to your house and be the ones that meet the person at the door when you come collect the money,” he said.