A tractor-trailer driver lost control while trying to change lanes Thursday on the Thruway, resulting in a crash that killed a Latham woman.

Bernice Rostocki, 58, was killed when the truck hit her Toyota Rav 4 head on near Exit 24.

Police say the truck driver, 28-year-old Jesula Estivente of Uniondale, was heading east when he changed lanes quickly, going from the center to the left lane, and crossed the rumble strips on the shoulder. They say he overcorrected and lost control of the truck. It then crossed the median into the westbound lanes and hit Rostocki’s SUV.

Rostocki was pronounced dead at the scene. 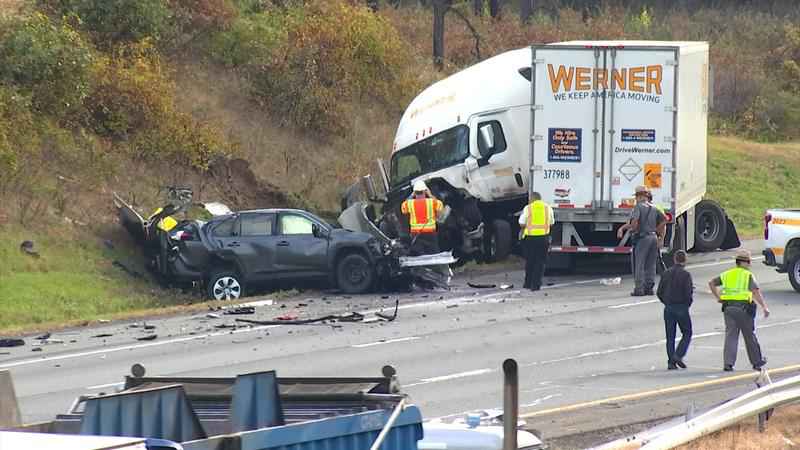 Wreckage from a crash on the Thruway near Exit 24.[WNYT]

A passenger in the tractor-trailer, 50-year-old Albert Kastner of Chatahm, is recovering from his injuries at Albany Medical Center.

After the accident happened around 10 a.m., the westbound lanes of the Thruway between exits 24 and 25 were closed for most of the day. They reopened by 3:30 p.m.

The accident is still under investigation.