A new plan coming before Albany’s common council would rethink public safety in the city. The plan outlines a public safety commission to look at who should be responding when someone calls 911.

But one of Albany’s police unions says the proposal gives the commission too much power to make decisions about policing.

The idea is to rethink public safety as including, but not limited to, police. In the proposal, the commission could decide whether and how to staff unarmed responders for certain calls.

Common Council President Corey Ellis says the plan is part of putting the reforms identified in the Albany Police Reform and Reinvention Collaborative into practice. He says constituents want more independent oversight of the police department. 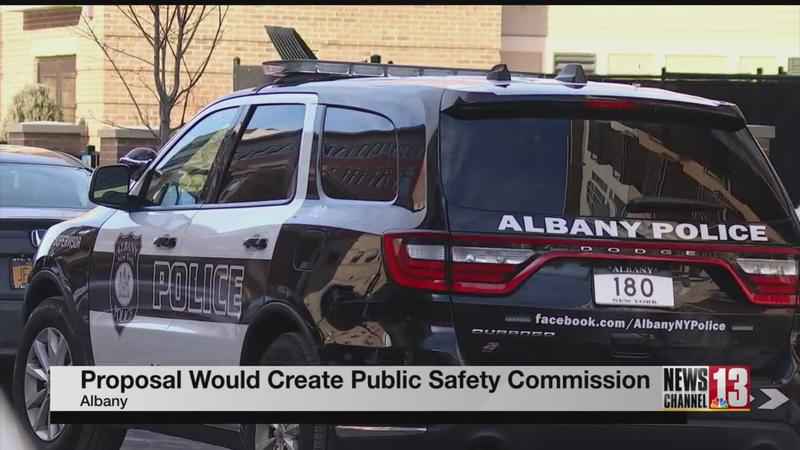 The new public safety commission would have nine members, five appointed by the common council and four by the mayor. The members would appoint a commissioner. The group would “assess appropriate responders” to police calls in Albany—especially for mental health, homelessness and substance abuse.

The Albany Police Supervisors’ Association is concerned that the proposal gives the commission “the authority to modify existing Albany Police Department procedures” and “have primary responsibility for answering calls to 911 and dispatching responders," which for some calls could be unarmed.

“While they may say that those things have a low likelihood of violence, those things are inherently unpredictable and can’t be determined ahead of time, they can turn on a dime,” said Detective Lieutenant Josiah Jones, the supervisors’ association president.

He says any call that seems safe for responders can quickly change.

“It’s very common that a call turns out to be something completely different than something we were initially dispatched to,” he said. “You could be dealing with a very volatile, unpredictable, unstable situation that could go in a number of different ways, you can’t predict how it’s going to turn out.”

Jones is also concerned about the open-ended nature of the proposal, when it comes to who could respond to calls.

“I’m most concerned for citizens of Albany, that they might call for police and want police to respond to calls when they’re victims of a crime, and instead an unarmed, untrained, unexperienced, un-vetted individual might respond in our place,” he said.

But Council President Ellis says the point is only to put in the framework for a commission to study public safety and propose what the city needs. He says they would decide whether other kinds of staff are needed. Ellis compared it to the creation of the Department of Homeland Security, meant to augment communication across different public safety agencies.

“So this is just another step in public safety, in having our citizens have a voice in how does that look, what do those policies look like,” said Ellis.

The plan still has to clear several hurdles to be passed by the council. If it is passed, it would go to a referendum on the ballot in November for voters to decide.