In Saratoga Springs, the incoming and the current public safety commissioners are at odds on who should be filling an upcoming vacancy within the Saratoga Springs Police Department.

According to Montagnino, John Catone, the current assistant police chief, is looking to retire on January 20. At that time Montagnino will be in office, so he believes the new administration should be making the appointment.

NewsChannel 13 touched base with Lt. Bob Jillson from the Saratoga Springs Police Department. He says the department conducted interviews Thursday for the new assistant chief. The new assistant chief will be a promotion from within. This stays in line with civil service law. 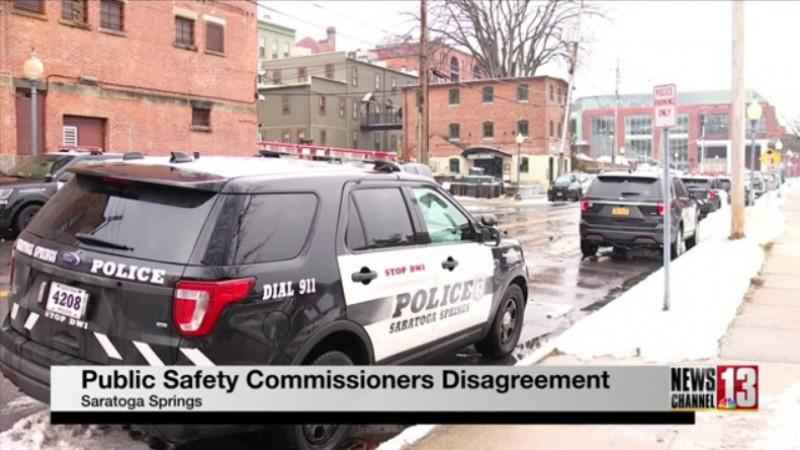 According to Jillson, members applying for the job had to take a civil service test. The top three scorers will be considered for the job. Montagnino says the process should not be rushed because the department is under investigation by the Attorney General.

"It’s a potential for embarrassment. We don’t know what the attorney general is going to find. We may get a clean bill of health, we may not. But there’s no rush to make an appointment," said Montagnino.

Robin Dalton was not available to be interviewed, but sent NewsChannel 13 a statement saying:

"I am fulfilling the duties of my position as commissioner and will continue to do so over the next month. I have extended an open invitation to Jim to participate in this process and in the meantime I would encourage him to familiarize himself with New York state civil service law if he is unclear as to how candidates are selected."