Gov. Hochul’s been in office less than a month, and a new poll from the Siena College Research Institute finds a majority of New York voters think she’ll be successful in tackling some of the state’s key issues.

The poll surveyed 700 registered New York voters. It found Hochul is viewed favorably by 42% of voters, and she’s viewed unfavorably by 17%. However, the jury is still out for many, with 41% saying they don’t know her or don’t know enough about her to form an opinion.

When it comes to controlling the spread of COVID-19, 61% of those polled believe she’ll be successful compared to 24% who don’t.

Another hot-button topic for New Yorkers has been getting kids back into the classroom safely for full in-person learning. When it comes to making sure that happens, 69% of those polled believe she’ll be successful. That’s compared to 16% who don’t.

In terms of leading the state through natural disasters, 65% believe she’ll be successful. 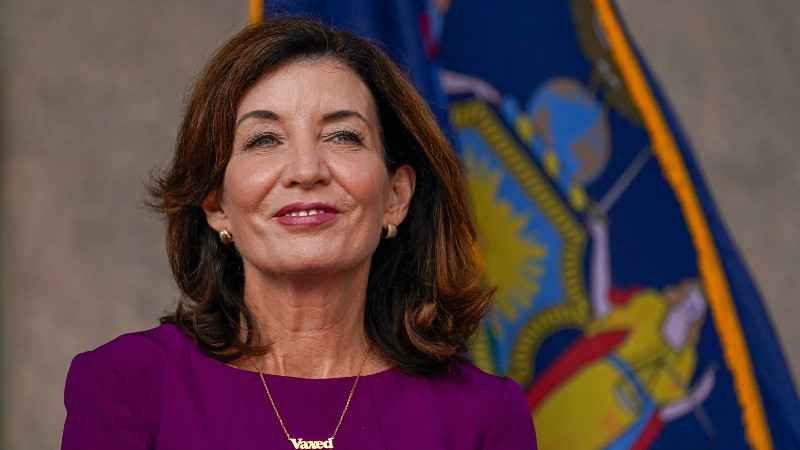 New York Gov. Kathy Hochul wears a necklace with the word "vaxed" during an event in the Harlem neighborhood of New York, Thursday, Aug. 26, 2021. Hochul has selected Brian Benjamin, a state senator from New York City, as her choice for lieutenant governor. (AP Photo/Mary Altaffer)[AP ]