Prepping for a snowy season in the Capital Region

While the majority of places in the Capital Region hasn’t seen significant snowfall yet, people like Alex Hemmerstien are heading to their local hardware stores and getting what they need now.

“December is about to be upon us so I figured I would be prepared as possible, said Hemmerstien. “Earlier this week I got my snow tires on and I came over here to get some of the other stuff, you know a snow brush.”

We caught up with Alex, at Country True Value in East Greenbush and the store’s manager says they are fully stocked.

“We’ve been prepping by getting all the usual stuff in….snow blowers, shovels, ice melt, Carhartt clothing, gloves, all of the above,” said Chris Cusack, the store manager. 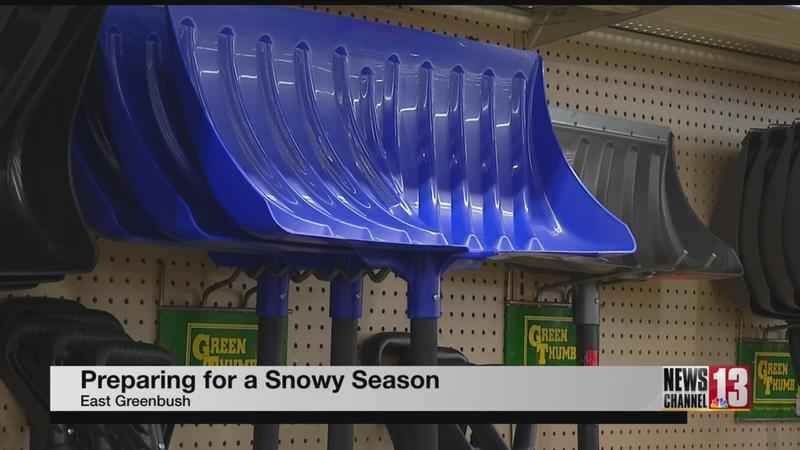 We are told supply chain issues could change things down the road, so it’s better to act now.

“We have been kind of told that there is probably going to be a shortage on snow blowers, so once we sell through what we have, there is really no guarantee we’ll be getting more in,” said Cusack. “With the conditions currently I would say start to stock up and prepare a little bit more. We can’t guarantee we’ll have a full supply throughout the winter months.”