Problems continue with the Department of Labor, even after DOL says they made improvements

13 Investigates keeps hearing the same problem about the Department of Labor: you can’t get anyone on the phone, even though the department says they are fully staffed.

A man who has made dozens of calls to DOL for help about unemployment claims says he heard a different story.

Thomas Canaday contacted 13 Investigates for help this week because he could not get anyone from DOL to answer his call. 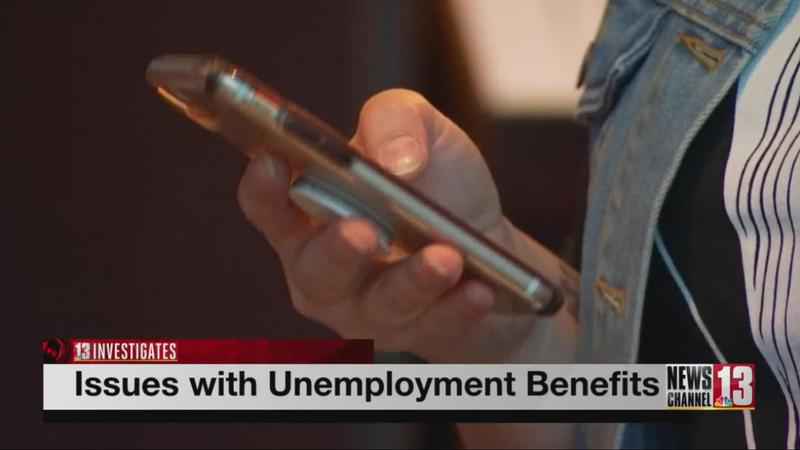 It contradicts the statement the department released two weeks ago:

"The New York State Department of Labor remains committed to connecting unemployed New Yorkers with the assistance they need— paying out more than $104 billion unemployment assistance to nearly five million people since the beginning of the pandemic. Since Governor Hochul lifted the hiring freeze, we have added more employees to assist in our call centers—which remain fully staffed. Thanks to these efforts and continued enhancements to our online portal, answer times are now averaging about a minute and a half from the time a person enters the queue—with roughly 100,000 calls coming into The Department each week. As for factors causing people to not be able to get through on the phone, the New York State Department of Labor does not comment on speculation."

After we aired that statement, Canaday called 13 Investigates.

He could not get through to anyone at the State Department of Labor.

He’s worked at the Albany Hilton since 1981.

He first filed unemployment in September 2020, when he was laid off because of the pandemic.

Canaday says he’s been able to get work on and off at the hotel since then, and was getting unemployment payments initially…but it stopped in September 2021.

"I could call 20 times a week. It did not matter if I called in the morning, the afternoon. I could never get through. To the point, you are not even put on hold. It just hangs up on you," he said.

After 13 Investigates reached out to DOL on Canaday’s behalf, he got through.

He was told he is owed a few weeks’ worth of pay.

Canaday says he’ll get the payment on his debit card on Friday, March 4.

We asked DOL about staffing again after hearing what Canaday had to say about it. They say they do not comment on speculation.

Another person is worried they could be the victim of fraud after getting a questionable letter from the Department of Labor.

Judith McCrodden has been trying to claim unemployment for over a year, but could not get anywhere.

That is when she called 13 Investigates to help her get answers.

She was first unemployed in March 2020, after working part-time for a staffing agency for 14 years.

Like many other people during the pandemic, she did apply for unemployment.

McCrodden said the Department of Labor told her she did not have enough time invested to collect unemployment. She decided to live off her savings for a while, until she got a job seven months later as a school bus driver.

Once the regular school year and summer school ended, she reapplied in August 2021 for unemployment, thinking she would have enough time saved. That is when she got a letter from DOL.

It said the letter was, "proof that you have received all regular unemployment insurance benefits available…you cannot receive any more on this claim."

On top of being frustrated, now McCrodden got worried.

She said DOL never gave her an answer about what happened.

"They never said anything. They just said I had already used 104 days. How could I have used 104 days? I did not get anything!"

After all that, she called 13 Investigates.

We reached out to the Department of Labor for her.

Within a week, the issue is resolved, and she is getting a debit card sent to her soon.

We also asked DOL if she may have experienced fraud. They told us they do not comment on individual claims.