Proctors prepares to raise the curtain again on Broadway shows

SCHENECTADY – After nearly two years, Broadway tours are scheduled to return to Proctors in December. However, with COVID in retreat now, there will be plenty of Broadway action on the mainstage even sooner.

Every great show needs rehearsal, even more so for Broadway tours since they literally take the show on the road.

For the past eight years, Proctors has hosted touring companies as they plan and perfect every step. Shows like "SpongeBob" and "Frozen."

Starting in September, they’ll be back at it. 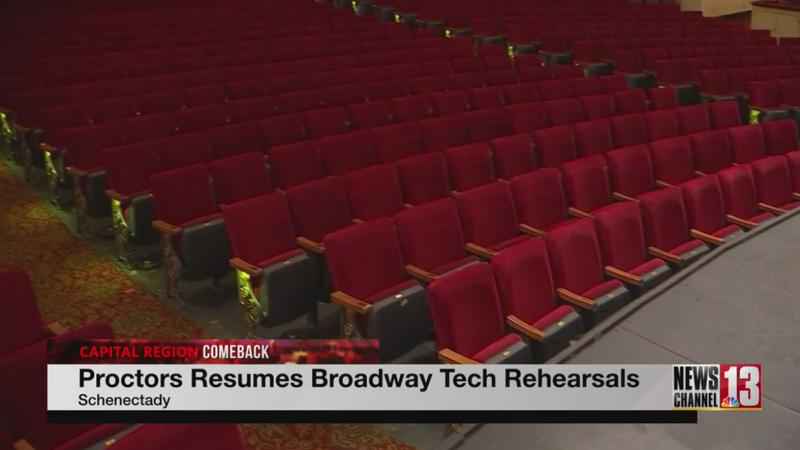 Director of Programming Jean Leonard says two of the three shows teching at Proctors you won’t be able to see right away. However, even without all the song and dance, there’s reason to applaud their arrival. Leonard says while the crew is in town, they support about 200 area jobs between lodging, food, and travel.

The Empire State Musical and Theatrical Production Tax Credit available to these tours makes it very attractive to come upstate.

Learn about which shows are coming by watching the video of Jerry Gretzinger’s story.