The City of Troy honored a veteran of its own on Wednesday.

The family of Arnold E. Fallon purchased a veteran banner to be displayed at the Arnold Fallon Rainbow Center. It is a community center at the Fallon Apartments.

The banner was displayed at the apartments for the first time on Wednesday. Mr. Fallon was a pharmacist in Troy before enlisting in the Navy to serve during World War II. When he returned home in the late 40s, he bought the Troy Drug Company.

“Mr. Fallon was a prominent Troy pharmacist when World War II began and enlisted in the Navy because he knew he was needed,” said Tom Houlihan, Director of Planning for Troy Housing Authority.

The Arnold E. Fallon Apartments were named in his honor 1971. 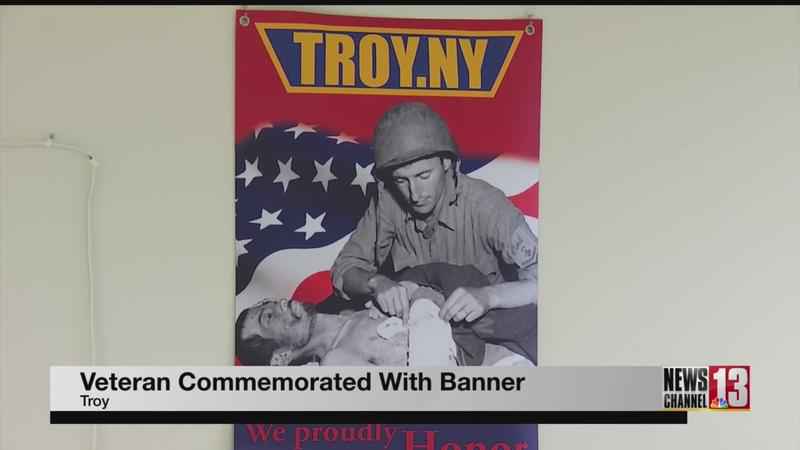