The opioid epidemic has faded from headlines, but is far from over.

County leaders came together Friday to announce a plan to literally shake things up when it comes to proper opioid disposal.

In Rensselaer County, there’s a new law in town aimed at getting unused opioids out of medicine cabinets and keeping them out of anyone’s mouths. It essentially requires any pharmacy, hospital or retail, that is dispensing opioids, to include a safe disposal product.

Rensselaer County Executive Steve McLaughlin says that disposal product is a bag like one from a company called Deterra. According to promotional materials, you drop your drugs in it and add water.

"The water-soluble pod will dissolve, releasing carbon and starting the deactivation process," explains a promotional video. 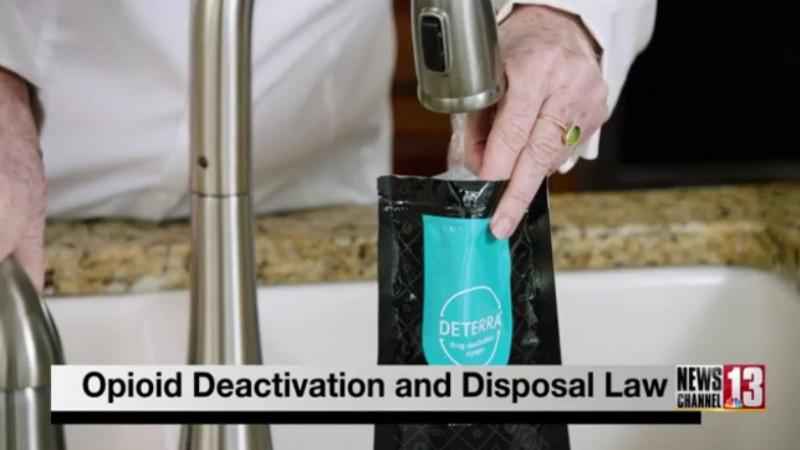 After about 30 seconds, you seal the bag up, gently shake it, and dispose it in normal trash.

That’s what McLaughlin and his counterparts like Albany County Executive Dan McCoy like about it. He also likes how it will be paid for.

It’s not a law in Albany County yet, but McCoy says it will be soon.

Hear from the Rensselaer County public health director about why this is a much better option than dumping the drugs down the toilet by watching the video of Jerry Gretzinger’s story.