ALBANY – A controversial proposal passed in Albany on Election Day.

Proposal 7 changes the way police misconduct cases are handled in the city.

The city’s Community Police Review Board can now conduct independent investigations with limited subpoena power. The board will hear complaints related to police conduct. In the past, the board could only review investigations already conducted by the police department. 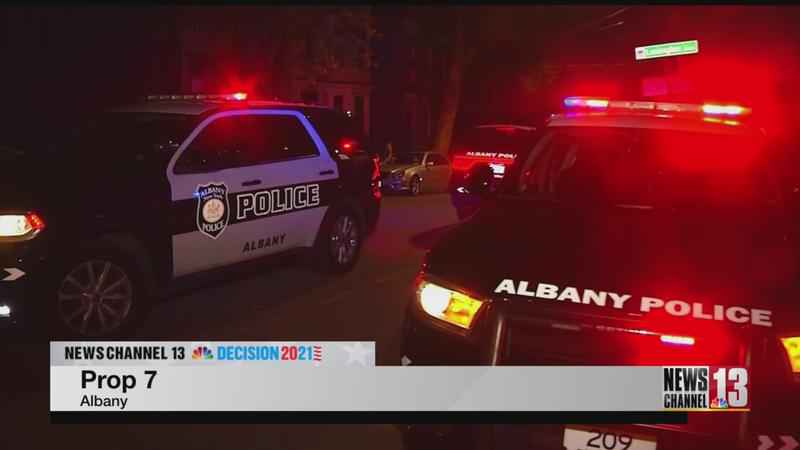 The president of the Police Supervisor’s Association and Police Benevolent Association both tell NewsChannel 13 they’re exploring legal options to push back on the law.

Both say they were not given a seat at the table to help craft language in the law. They believe the new law violates their collective bargaining agreement — saying there’s no outline that details things like ensuring due process or notification of police officers who are under investigation by the Community Police Review Board. They question board members’ qualifications when it comes to understanding the decisions police make in the field.

NewsChannel 13 asked Mayor Kathy Sheehan, who supports Prop 7, what her plan would be to make sure board members understand police training. She says board members will get training, but she says police oversight is one of the top things people asked about on the campaign trail.

"They’re going to have to be trained. The budgetary requirement of a significant investment in this effort, it is my expectation that that funding will be spent on training, on ensuring that there is an understanding," said Sheehan.

"We have civilian oversight of police in this country, and if our residents, in order for them to build trust of our police department, want more oversight, want more transparency, we have to listen to them," Mayor Sheehan said.

Supporters of the law, including the city’s Common Council, point to the fact that New York City has a Civilian Complaint Review Board with similar power.

"It says nothing about any of the assurances that really anyone in any proceeding in America, whether it be administrative, civil, criminal would look for, basic due process, notification, right to be represented during counseling," said Det. Lt. Josiah Jones, President of the Albany Supervisors’ Association.

The police unions say they’re willing to have civilian oversight, but language would need to be made a lot more specific about the disciplinary process for them to be on board.