ROUND LAKE – Beginning Thanksgiving night, you’ll be able to see the latest holiday lights put together by the owners of Quick Response in Round Lake.

The company sets up hundreds of displays, and they don’t charge a dime.

It’s become a really big deal in the Capital Region, and thousands of people make the nighttime trek to Quick Response from

Thanksgiving through early January to check out their always-growing Christmas display. 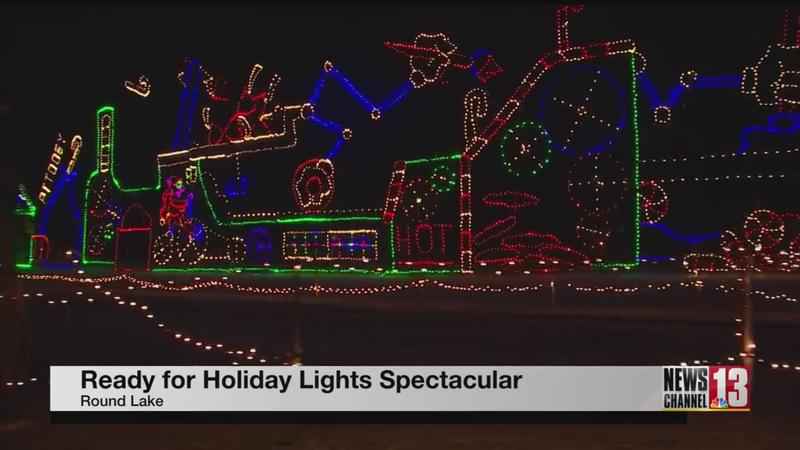 They were putting the finishing touches on Tuesday. Thousands of lights, a couple hundred displays. This is a Capital Region tradition started by the owner of quick response, Vince Laurenzo Sr.

He loves Christmas, and wanted to give area families a chance to see a big display. So it’s grown every year in the 21 years they’ve been putting it on. It all takes place on the company’s property along Route 9 in Round Lake, and it doesn’t cost a penny.

"The same people come year after year. We’re actually getting into multi-generations, where you’re getting grandparents that are bringing their kids, and it’s nice to see that," said Vince Laurenzo Jr., the CEO of Quick Response.

The show runs each night from Thanksgiving through January 3 from 5 to 11 p.m.

While admission is free, people can bring a new, unwrapped toy for Toys for Tots.

Check out some of the displays by watching the video of Mark Mulholland’s story.