ALBANY – There was a push at the state Capitol Tuesday to have old conviction records sealed and expunged.

At least 2.3 million New Yorkers have conviction records, and advocates say those records make it very hard for them to overcome their pasts.

Senator Zellnor Myrie and Assemblymember Catalina Cruz are the sponsors of the Clean Slate Act.

They say it is needed to ensure everyone who completes their sentence and returns to their communities has a fighting chance when it comes to their second chance.

Studies show after a similar bill was passed in Michigan, 99% of people who received expungements were not convicted of a felony in the next five years, 96% weren’t convicted of any crime at all. 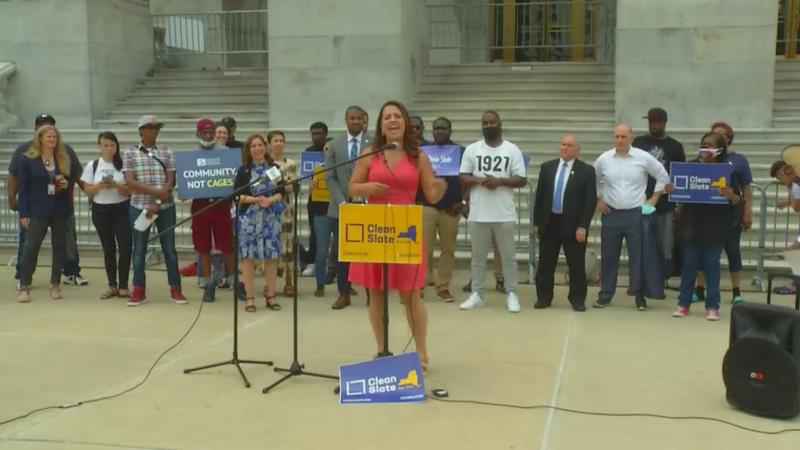 These advocates say it’s proof that shows this is the year the Clean Slate Act must pass.

Hear from a 71-year-old man struggling to get back on his feet after serving a 21-year sentence behind bars that he finished in 2005, by watching the video of Jacquie Slater’s story.