Rally against hate held in Chatham

CHATHAM – Residents of Columbia County gathered in Chatham Wednesday to speak out against stickers and posters in their town connected to groups like "White Lives Matter."

This rally of more than 100 people was sparked by stickers or pamphlets around town that urged others to support White Lives Matter or other groups that they perceive to be hate groups.

Many people believe those stickers are a direct threat to them and their livelihoods.

"This is not just a group of yahoos that went out and put up a ‘White Lives Matter’ banner to try to irritate a few folks or get their chuckles," asserted Michael Richardson, the event organizer. "This is rather a serious group. They are white supremacists, no different than the old KKK." 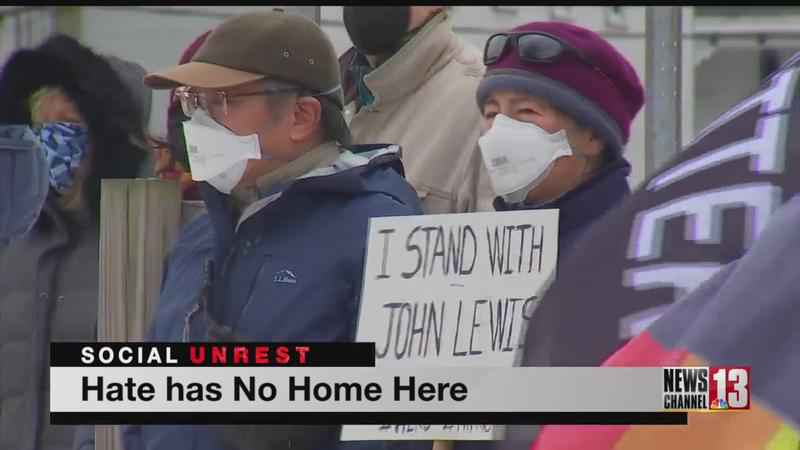 Among those in attendance was Pastor and activist Kim Singletary.

The primary goal of the rally, according to organizer Richardson, is to fill a void.

"It’s important that we don’t have silence," Richardson asserted. "Where you have silence, there is a void, and the void will be filled with hate speech. So we need to counter that and talk about inclusion, diversity and unity."

"We all want to live in a community where there’s no division and segregation and no racism of any type," said David, one of the protestors, "My conscience told me to get up and come on out."

"I may not live to see the success of this rally, although I hope to," Singletary said, "My goal is that our children and our children’s children will be able to look back and say we stood at a time that turned the tide of racism in this nation."