Hundreds of people showed up at the State Capitol with signs expressing how they feel.

The Governor announced New York will still be a safe place for people to receive care, but leaders still encourage citizens to speak out and be active.

One of the speakers, Tandra LaGrone, CEO of In Our Own Voices says knowing the Supreme Court’s plan gives people more time to take action. “The government does not or should not have their hands on my body and make a decisIon on any part of my body,” she said.

LaGrone says access to care must be inclusive. “We also have to talk about the intersectionality, specifically around trans and transgender individuals," she said.

People of all ages wanted to voice their opinions and make it known they don’t support the Supreme Court Justice trying to overturn Roe v. Wade. A couple of college students say they were happy to take a stand. “As soon as we saw the rally when we were driving past we just instantly opened the windows and we started cheering.” 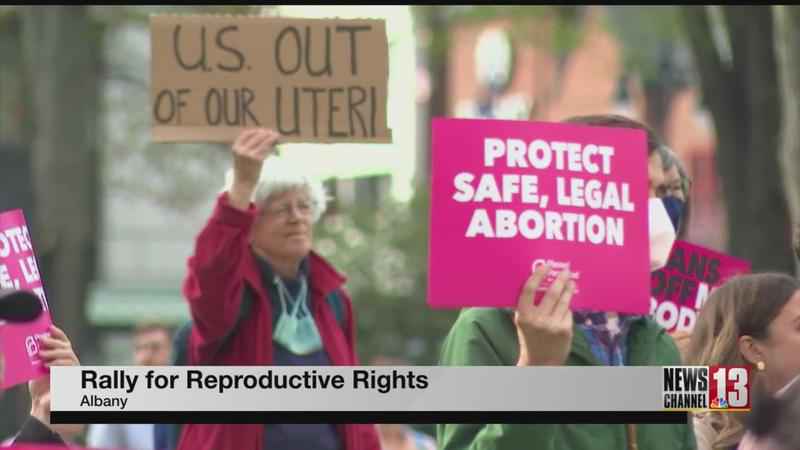 Albany resident Frank Dixon says he understands some circumstances may cause someone to want an abortion, but he has to remain faithful to his religious beliefs. “I believe that a woman does have the right to choose what she wants to, but I also believe what the bible says where God says I put before you life and death and he says to choose life,” Dixon said.

While everyone may not agree on what the Supreme Court should rule, the rally was evident that whatever happens people will continue to fight for what they believe in.