The new superintendent of the New York State Police was never a trooper. However, Kevin Bruen knows the inner workings of the agency. He was longtime counsel to the organization before he was confirmed as superintendent in June.

When NewsChannel 13 spoke with Bruen on Friday, he immediately started singing the praises of the 5,000 troopers and investigators he oversees.

A former Warren County assistant district attorney, Bruen moved up the State Police ranks as an attorney who would consult with troopers and investigators in the field. He says in response to the governor’s push for police reform in the wake of the George Floyd murder, the agency has done a re-examination of how it teaches troopers things like physical force and de-escalation. However, Bruen says he’s always mindful that no agency is immune to mistakes. 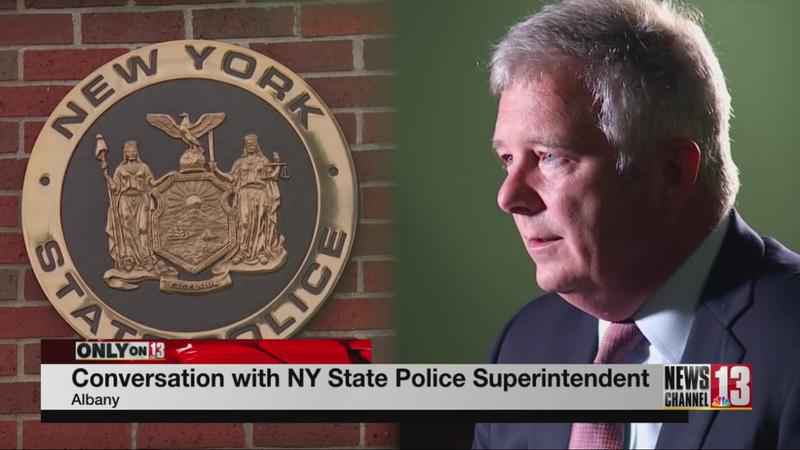 Bruen says he wants to improve the diversity of the State Police, which has a very small percentage of non-white troopers.

Learn more about how he plans to do that by watching the video of Mark Mulholland’s story.