It’s been more than a month now since flooding wreaked havoc in parts of Rensselaer County. Cleanup and restoration efforts continue.

One of the hardest hit roads from last month’s storms was Taborton Road in Sand Lake. The road is still closed. Construction crews are working to install a temporary bridge.

The road was damaged due to the storm, and part of it collapsed.

Rensselaer County Executive Steve McLaughlin says the culverts and the side walls under the bridge were destroyed. He says construction crews should have the temporary bridge installed by the end of the week. He says after that, highway department crews will come out to build up the road. 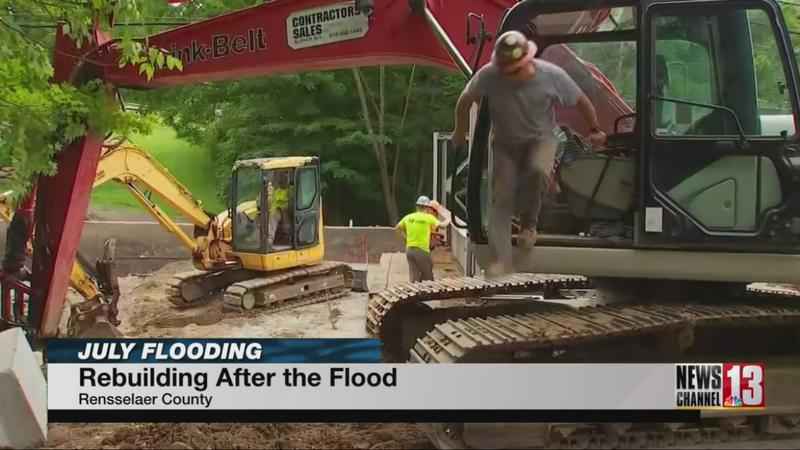 McLaughlin is hopeful the road will be passable for drivers by September. He says his crews have made tremendous progress. He urges the public to have patience as they continue to rebuild the road.

"The hit that this road took was like a bomb went off. It’s not as easy as just throwing down dirt and stone and reopening the road. A lot of this had to be re-engineered, and in this case, we had to bring in a temporary bridge, so I think most people get that, but some people are little bit impatient of what’s going on," said Rensselaer County Executive Steve McLaughlin.

Hear why McLaughlin says he doesn’t think they qualify for FEMA assistance by watching the video of Jonathan Hunter’s story.