A Rensselaer County lawmaker is putting the blame on County Executive Steve McLaughlin and his office after she says her car was towed from the county building on Wednesday, Dec. 29.

"These signs have been changed recently. I have no idea why the county executive would need four signs reserved for him," Doran said. 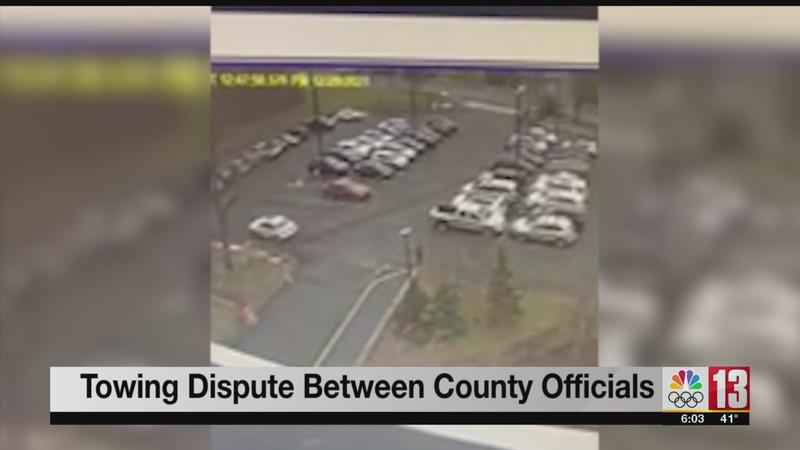 When Doran came back to the lot after a day of meetings, the car was gone.

She called Troy police. They told her the car was towed.

Doran said she believes McLaughlin and his office are behind this.

"There’s no other way for me to look at what happened to my vehicle than to think that I’m being bullied, retaliated, this is retaliation, I’m being harassed, intimidated. This is not how we do businesses in Rensselaer County."

Doran has been vocal about disagreeing with McLaughlin’s $20,000 raise during his indictment for allegedly stealing campaign funds.

When NewsChannel 13 contacted Crist about this issue, he said Doran parked there illegally.

In a statement from Crist, it said:

"This afternoon, a vehicle was found parked in a restricted and marked area at the County Office Building and following procedure, a tow of the vehicle was arranged. There were a number of spots available nearby for use. We later learned the vehicle belonged to a county legislator, who clearly knows the parking rules. Obviously, Legislator Doran believes the rules do not apply to her, and that she is able to park her new luxury BMW wherever she wishes.
It is ironic Legislator Doran would summon police to the scene for an obvious non-emergency, especially as she has led Defund the Police efforts in the county. We intend to conduct a further review of this incident, as we believe special treatment may have been requested by Legislator Doran and that police resources may have also unnecessarily been misused by her."

The interview NewsChannel 13 conducted with Doran was before the station received a response from Crist.

We reached back out to Doran for added comment. She sent a statement:

"On Dec. 29, 2021, I arrived at the County Building for legislative business and observed there were no open undesignated spots in the parking lot. The lot does not have enough spaces to accommodate all the workers, so this is a common occurrence.
Recently, in conjunction with pushing through his absurd $20k raise, County Executive McLaughlin inexplicably designated four full parking spots for himself in the overcrowded lot. Knowing he can only actually use one spot, I parked in one of the four spots so I could go in to conduct county business.

When I returned 3.5 hours later, my car was gone. Having no idea whether my car was stolen, I contacted the Troy Police on the non-emergency line, and my car was ultimately located at a towing garage.

My car is well known to county officials, who could have easily located me in the building and asked me to move my car had that space somehow been needed. Instead, in an act of petty political retaliation, McLaughlin and his taxpayer-funded mouthpiece Rich Crist had my car towed away.

One would think our County Executive would be more focused on his pending felony charges than childish partisan parking pranks. But it’s unfortunately not surprising that he’d find it amusing to strand a female employee in a dark parking lot. It’s also not surprising that he’d take away parking spots from hardworking county employees for his own personal use."