Rensselaer County is in the spotlight as the Supreme Court hears oral arguments over a challenge to a New York gun law. It regulates who can carry concealed guns for self-defense.

Brandon Koch and Robert Nash, both from Rensselaer County, had their applications denied and felt it violated the 2nd Amendment.
It looks as though the nation’s highest court may agree with them.

The more rural settings of Rensselaer County were highlighted in court, particularly in contrast to bigger cities.

The attorney for Nash and Koch, and the New York State Rifle & Pistol Association, Paul Clement, argued that New York’s law allowing someone to conceal a weapon for self-defense only if they can prove a significant threat to safety was not in line with the constitution. 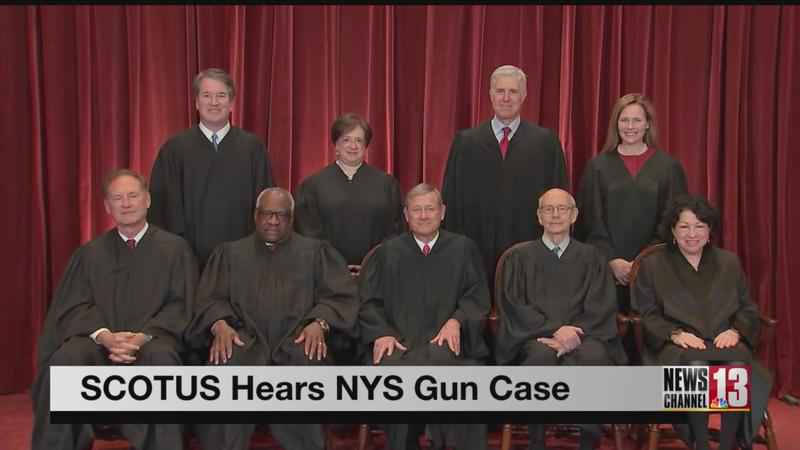 "The text of the 2nd Amendment enshrines a right not just to keep arms, but to bear them," said Clement.
He went on to suggest that a sensitive places restriction would be more appropriate to keep guns out of specific places. New York Solicitor General Barbara Underwood was there to defend New York’s law.

"The history was to regulate most strenuously in densely populated places. That’s what fairs and markets are. So we have history, but we also have a rationale for that history, which is that where there is dense population, there is also the deterrent of lots of people and there is the availability of law enforcement," said Underwood.

However, justices seized on the nearly boundless restrictions, that even people with clean records with a legitimate concern for their safety in a rural or urban setting can be denied.

Learn about how and the likely outcome of the case by watching the video of Jerry Gretzinger’s story.