The Albany metro area has fallen from the "cleanest cities" list for particle pollution.

That is coming from the American Lung Association, in the 2022 "State of the Air" report that was released on Thursday.

Albany County ended up with a "C" grade for particle pollution, which is still a passing grade.

Particle pollution is made up of particles of solids or liquids in the air. That includes dust, dirt and smoke. 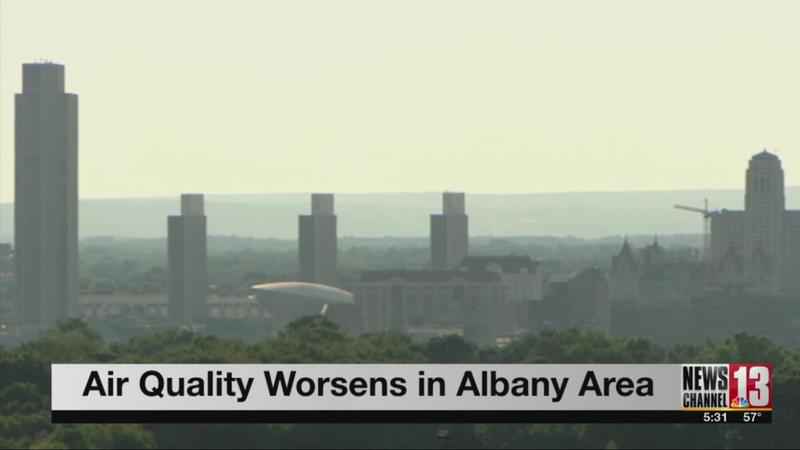 As for ozone pollution, the Albany metro area also did worse. Its ranking went from 119th to 117th most polluted in major cities.

With that said, the New York State Department of Environmental Conservation just announced their statewide diesel truck emission enforcement. The enforcement is in 48 counties around the state, including Albany.

DEC Commissioner Basil Seggos said they will inspect diesel vehicles to make sure they are complying with the state’s air regulations. This is done with testing equipment.

"This is our blitz. This is Earth Week. We are doing this now not just to make a point on Earth Week because we are doing this regularly," Seggos said. "Our officers are out in Albany and all across the state on a 24/7 basis, enforcing the state’s environmental law."

The commissioner said the state will have 100% electric trucks and buses by 2045 and electric cars by 2035.

It is part of a law signed by Gov. Hochul.

The commissioner says DEC Police are prepared to issue tickets to violators.