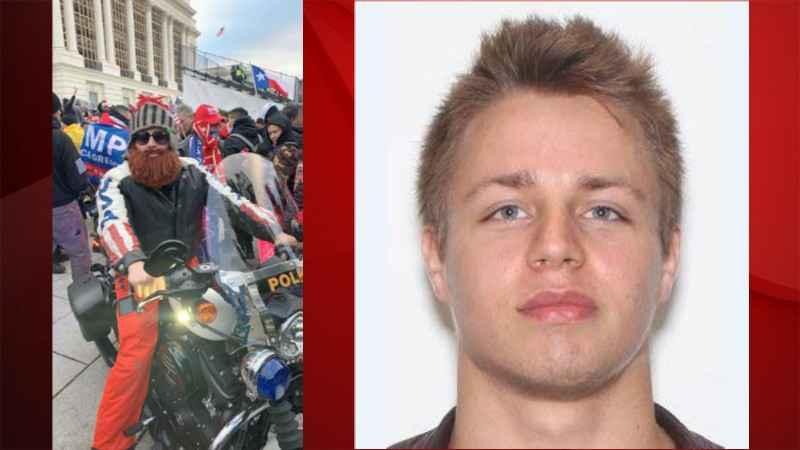 The FBI released these photos of Brandon Fellows. The first shared on one of Fellows' social media accounts. The second is his driver's license photo.[FBI]

There are new charges for a man from Niskayuna accused of taking part in the U.S. Capitol attack back in January.

The Times Union reports Brandon Fellows called the mother of a federal probation officer. That’s a violation of the terms of his release while he waits for his trial.

He’s charged with entering the Capitol unlawfully and disorderly conduct.