SAN FRANCISCO, Calif. – A research team at UCSF has developed a way for a paralyzed man who cannot speak to communicate by translating signals from his brain into full sentences.

The study recently came out in the New England Journal of Medicine.

The project started a brain stem stroke survivor who lost the ability to speak 15-years ago and could only communicate using a pointer attached to his head to point to letters.

Then, an implanted electrode device recorded his brain activity as he tried to speak specific words. 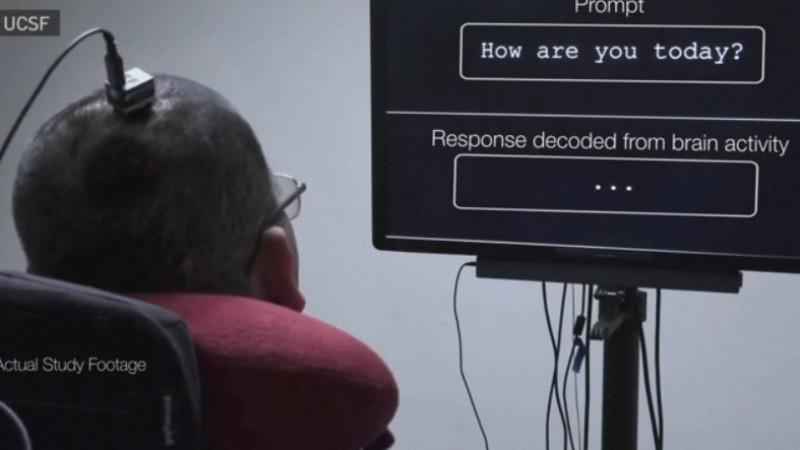 Computer algorithms then translated that brain activity and matched it to the vocabulary list, much like a phone’s "predictive text" function. That allowed him to create sentences via brain signals.

Right now the vocabulary is limited to 50 words as a proof of concept.

One of the immediate next steps is to get more words.

The research team says there will be ongoing research in many areas.

Admittedly, a long way off is turning brain activity into actual sounds.