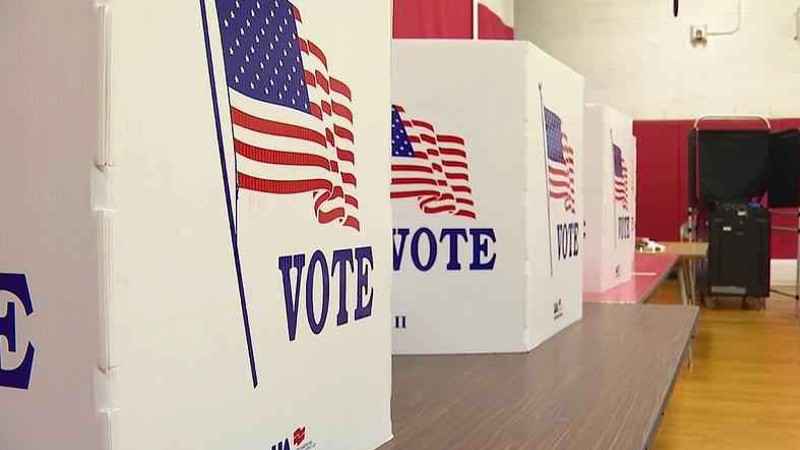 Results from Election Day are pouring in, and there are some big winners in the Capital Region.

There was no presidential election this year, so voters were focused on local elections and a few statewide proposals.

While some candidates won by a landslide, other races are too close to call. Here’s a look at some top races in the area.

Democratic candidates in the city of Albany had some big wins this election.

Albany Mayor Kathy Sheehan has declared a victory in the race for her third term. Sheehan, a Democrat, was running against Republican Alicia Purdy, Independent candidate Gregory Aidala, and write-in candidate Valerie Faust.

Sheehan won by a large margin, claiming 64% of the vote. After a year full of pandemic-related challenges and issues surrounding gun violence, she says ready to serve another term.

"I think we have such a great opportunity and potential in our city, and there’s so much reason to be hopeful as we come out of these unprecedented, challenging times," she told NewsChannel 13.

Voters were also asked to decide on two proposals in the city of Albany. You can see those results by clicking here.

Democrat David VanLuven has won reelection with 60% of the vote. He beat out Republican Paul Heiser, with 100% of precincts reporting.

Voters in Bethlehem also had to vote on a proposal. Proposal six decides the fate of the Delaware Avenue "Complete Streets Project." It would change the busy road in Delmar from four lanes down to two lanes.

Republican Peter Crummey has declared a victory in the race for Colonie Town Supervisor, with 57% of the vote. That’s with 98% of precincts reporting.

Crummey was the Colonie Town Justice for more than 20 years, and he beat out Democrat Kelly Mateja.

Crummey told NewsChannel 13 some of his priorities are supporting public safety and improving roadwork.

With 100% of the vote in, Democrat Jaime Lynn Puccioni has won the race against Republican Hamayun "Joey" Faizy.

Puccioni won with 54% of the vote.

The race for mayor of Rensselaer is a tight one.

Incumbent Republican Michael Stammel squared off against Democrat Richard Mooney. Stammel has received 958 votes, while Mooney got 952 votes. That’s with 100% of precincts reporting.

Click here to read more about what each candidate is saying.

Rensselaer County Executive Steve McLaughlin has been reelected for a second term.

The Republican received 63% of the vote. That’s nearly double what his opponent, Democrat Gwen Wright, received.

The first proposal asks if the number of state senators should be frozen at 63. It also asks if the manner of drawing district lines for congressional and state legislative offices should be amended.

The second proposal establishes the right of each person to clean air and water. Some advocates say they’ve been working on this for several years, arguing it would have made a difference in the PFOA settlements lately. Opponents argue it’s too vague and needs more definitions.

Proposal three would eliminate the 10-day advance voter registration requirement. With 99% of precincts reporting, 57% of people voted "no."

The fourth proposal allows no-excuse absentee ballot voting, meaning a person doesn’t have to just be absent from the county, sick, or have a physical disability to obtain an absentee ballot.

It appears that the proposal will not pass, with 56% of people voting "no." That’s with 99% of precincts reporting.

The fifth proposal impacts New York City. It would allow New York City Civil Court to hear claims up to $50,000 as opposed to $25,000.