There are stories of survival and heroism from 9/11. One of them is from David Maynard of Queensbury. He was in Manhattan on September 11, and helped rescue a woman from the rubble. He says every year, he gets emotional during 9/11. Even though it’s been 20 years, he still thinks about what it was like being there on that day.

Maynard was an ironworker with local Union 580 in New York City. The ironworkers are tradesman who are responsible for putting up the steel for buildings.

Maynard was in Long Island when the planes crashed into the World Trade Center. He says he came down four hours later to help with the cleanup and rescue effort.

After getting rest that night, he returned the next day.

I’m working on a good story today. I spoke to a retired ironworker who rescued a woman during 9/11. You’ll see his story tonight on WNYT. pic.twitter.com/a5BuZwRlx8 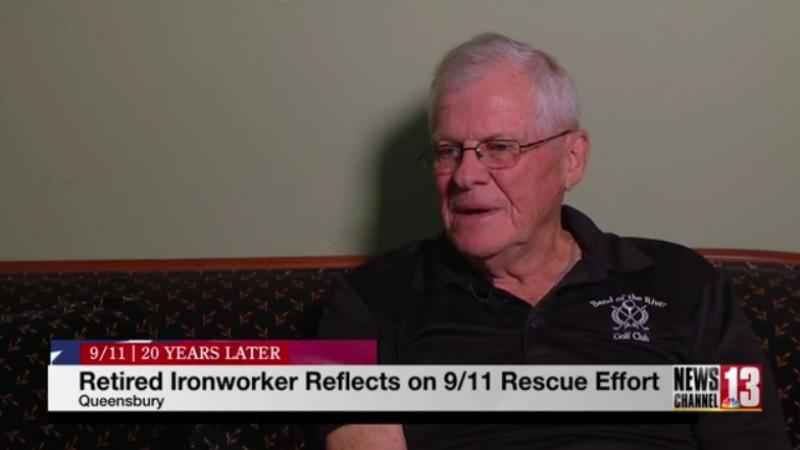 "I felt great, and then at the same time I felt that I was sad that she was the last one. We all thought more people would be rescued, and there wasn’t many. Of course all the poor people in the building and there was no hope for them," said Maynard.

Hear Maynard explain why he says it’s so important to never forget what happened, by watching the video of Jonathan Hunter’s story.