TROY – Police Chief Brian Owens is about to close a chapter of almost 24 years in law enforcement, most of it in the Troy Police Department.

Brian Owens prefers to keep a low profile, but he agreed to sit down for an interview.

"There are a lot of factors in that. Again, I don’t know if I can really summarize it, but I just feel like it’s time," he said. 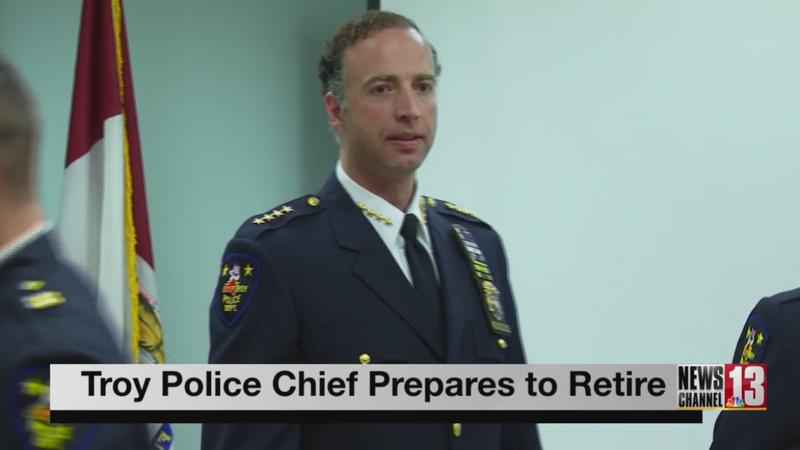 He doesn’t have his next step lined up. He’d like to take a little time to decompress, after the constant worry about the physical safety, as well as the emotional health of officers.

"Not just the events of last year, but about three and a half years as chief, this position just weighs so heavily on your mind and on your emotions," said the chief.

Troy, like some other local cities, has seen a lot of gun violence recently. Owens says the solution is more than what police alone can provide.

"There are many factors beyond what just law enforcement can do," said Chief Owens. "And so there are times when our members will make an arrest, somebody with an illegal handgun, and they’re right back out. And so how do we disrupt that cycle of violence?"

He says he’s heard a few vocal critics of police and an anti law enforcement message, but he says he’s also heard even more support from residents who want and appreciate the police in their neighborhoods.

He watched five new officers be sworn in at a ceremony at City Hall on Tuesday. He’d like to see them really get to know people in the community, because he’s found that to be a tremendous asset.

Chief Owens will have his walking-out ceremony Monday in front of the Troy Police Department at 10 a.m.