A Rotterdam man is returning a World War II-era Bible as a birthday gift 102 years in the making.

Jason, who only provided his first name, found the Bible online, bought it, and contacted NewsChannel 13 for help finding the closest family member of the person who originally owned the Bible: Lewis Legg.

“It’s just the right thing to do,” Jason said. “It’s a Bible, and if it was me I’d want it back if it was my granddad’s or anybody in the family.” 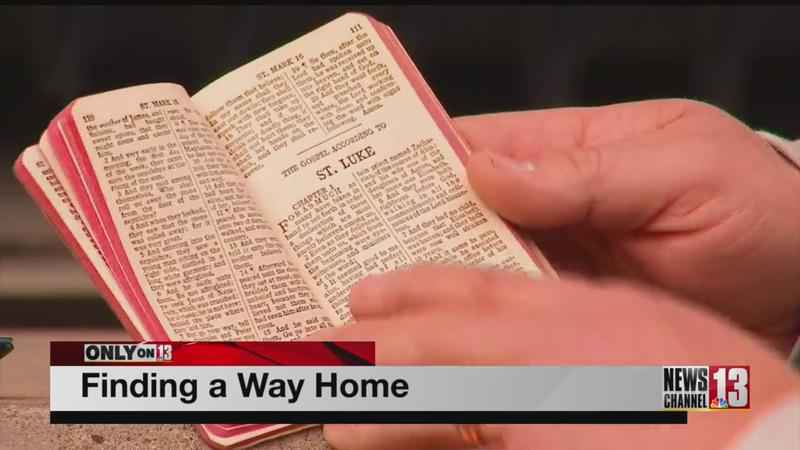 “We would be remiss if we didn’t say how thankful we are to hear [about] that Bible,” Kinser said. “We had no idea about anything like that had escaped us.”

Kinser and Parsons said their father moved a lot with the Army. He died in 2010 at 90 years old. This April 16 would’ve been his 102nd birthday — just in time for the Bible to arrive back to his family.

“We appreciate your thoughtfulness; you went far beyond what you needed to, and we appreciate having [the Bible] Jason,” Parson said.

Jason said he’d send them the Bible for free.

“It was on my pleasure to get it to you, so I’m so glad that they were able to reach out and find you,” Jason said.