TROY – They’ve laced up their sneakers and practiced their slap shots. After nearly two years of not being able to compete because of COVID-19, the RPI Men’s Hockey team is taking to the ice Friday night.

"It’s just so exciting, just to be back with the guys. Playing against another team is really exciting for us as well. We’ve battled against each other in practice, but to compete with each other side by side as brothers is going to be awesome," said Shane Sellar, a player on the team.

They’ll be facing off against Bowling Greene, and the team already got a little practice in when they won against rival Union College during an exhibition this past weekend.

"While it was an exhibition, it felt like a real game," said Ture Linden, one of the team’s captains. "The way we responded after a tough first ten minutes, I thought was really good and really inspiring. I thought we knocked the rust off pretty quick."

For the freshman and sophomores on the team, it will be their first collegiate game. The captains say they’ve been working to get the team to the level they were playing at pre-pandemic. 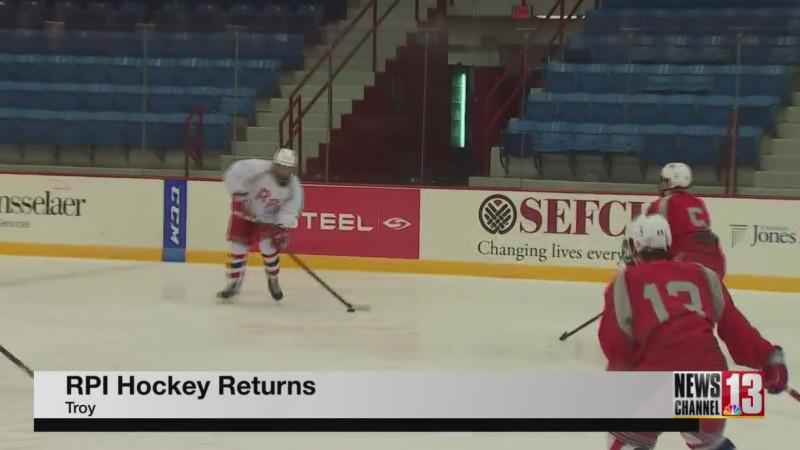 "What created that momentum was our culture off the ice and coming together as a ream. That’s what we’ve focused on the past couple of months here is bringing back the culture, and brining the new guys up to speed with that," Linden explained.

While there will only be students and staff cheering on the team in-person because of the school’s COVID-19 protocols, the players say it won’t stop them from doing what they do best.

For RPI fans who can’t attend Friday’s game, there will be a watch party hosted at the Recovery Room on Hoosick Street in Troy. You’re asked to complete a form online to let the restaurant know you are planning to attend. You can do so by clicking here.