The pile of rubble that’s been at the site of a deadly Schoharie fire since September has now been removed.

Her son was also home at the time. He tried to save her, but the flames were too intense.

That same day, the home on Main Street was demolished.

However, the rubble remained because of asbestos concerns with removing it. 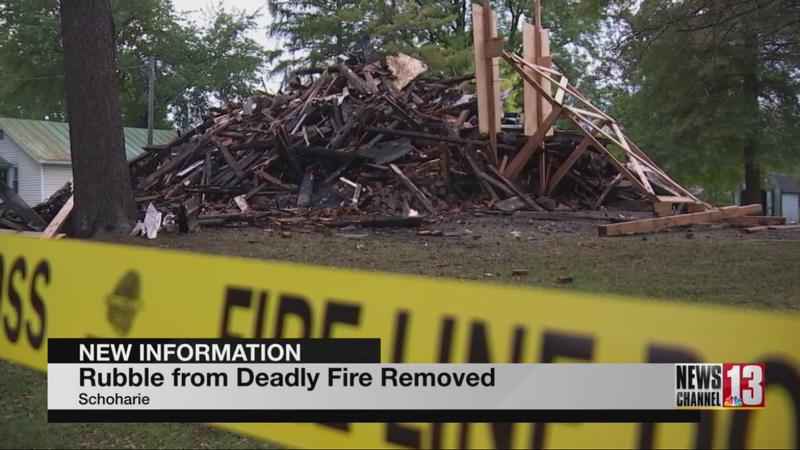 NewsChannel 13 has been in contact with the family and learned that finally late last week, C&C Unlimited and Alpine Environmental Services removed the remains of the family’s home, 10 weeks after the fire.