Even as the old tollbooths are coming down on the New York State Thruway, NewsChannel 13 has uncovered a safety issue with the new cashless tolling structures that replaced them.

A tip came into NewsChannel 13 Investigates that a large box-like piece of equipment fell off the cashless tolling gantry at Exit 16 in February. That’s the Woodbury Commons exit.

NewsChannel 13 started asking questions and the Thruway Authority confirmed that it was a 40-pound piece of equipment that fell.

Fortunately, it landed on the shoulder of the road and no one was injured. However, changes have now been made to these new structures across the entire state, including here in the Capital Region.

The Thruway Authority did not want to go on camera, but sent a written statement saying:

"As soon as we were made aware of the issue at the mainline gantry near Exit 16, it was determined that the equipment brackets needed a stronger connection. In addition, steel tethers were installed on all gantries and all similar connections have been replaced." 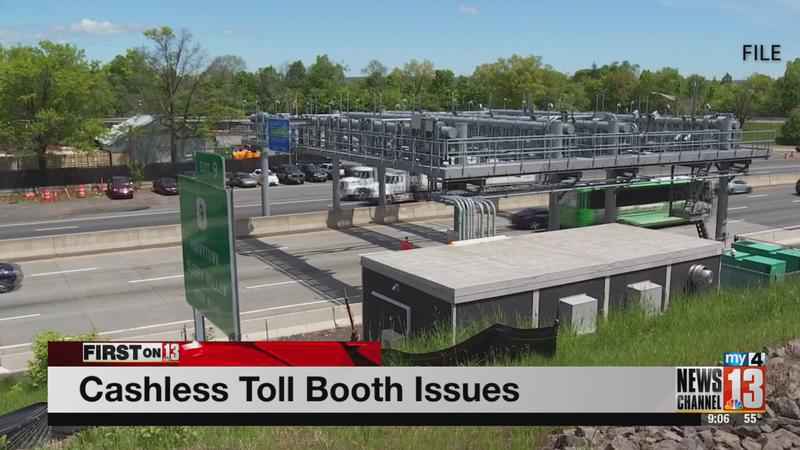