Co-conspirator James Duffy, 35, who had previously admitted to killing the young woman, testified against Kakavelos during the six-week trial.

"We’re not judging the person, we’re looking at the evidence," said Jim Clevenstine, an alternate juror in the trial, who was dismissed on the eve of the verdict.

Clevenstine says the evidence was overwhelming, and there were too many parts of Kakavelos’ story that didn’t add up. And he felt Jim Duffy was much more credible.

The convincing moment for Clevenstine came when Defense Attorney Kevin O’Brien admonished Duffy on the witness stand for not going over his testimony ahead of time. 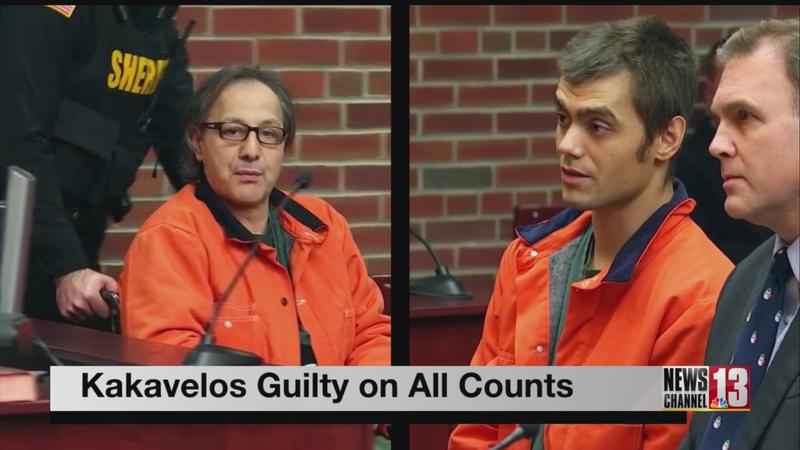 "(O’Brien asked) shouldn’t you have been preparing by reading it? And it occurred to me afterwards, perhaps it’s because Mr. Duffy was telling the truth and the truth doesn’t change."

The truth that came out at trial was that Duffy and Kakavelos plotted the murder scheme together, then dumped Lamont’s body in Malta, where it was discovered three days after the crime.

The apparent motive was that Lamont was apparently planning to turn in her boss, Kakavelos, to the State Department of Labor for financial fraud.

"The jurors did their job, the judge got it right. They were paying attention," said Kevin O’Brien, Kakavelos’ defense attorney. "As disappointed as I am with the verdict, I can’t complain. I don’t necessarily agree with their conclusions, but I thank them so much for their service. They did what they thought was right. I don’t think anybody got hosed here. I think we got a fair trial and it just didn’t go my way."

"No one really wants to testify in a murder trial," Poremba stated, "But people stepped up. Something terrible happened, absolutely heinous. Alli Lamont was a person that people can relate to, and I think that’s why perhaps this case got so much publicity. A 22-year-old girl with so much promise, with so much talent. She could be anyone’s daughter."

Duffy is scheduled for sentencing in July, looking at 18 years to life.

According to Saratoga County District Attorney Karen Heggen, "Today is a day to mark a point in time, almost 18 months ago, when a brutal disregard for human life took place."