SARATOGA SPRINGS – The Saratoga Springs City Council is pushing for an end to the months-long dispute with Saratoga Black Lives Matter.

Both sides say they want to stop the name-calling, shouting and screaming.

There’ve been protests, rallies, and Broadway shut down. The BLM group was further upset by comments from the assistant police chief and public safety commissioner, blaming anti-police attitudes for an increase in violence.

Both sides are angry and neither side feels like they’re getting through.

The last encounter between members of the Saratoga Black Lives Matter and the City Council at a recent meeting ended with the leader, Lexis Figuereo, ushered out by police. 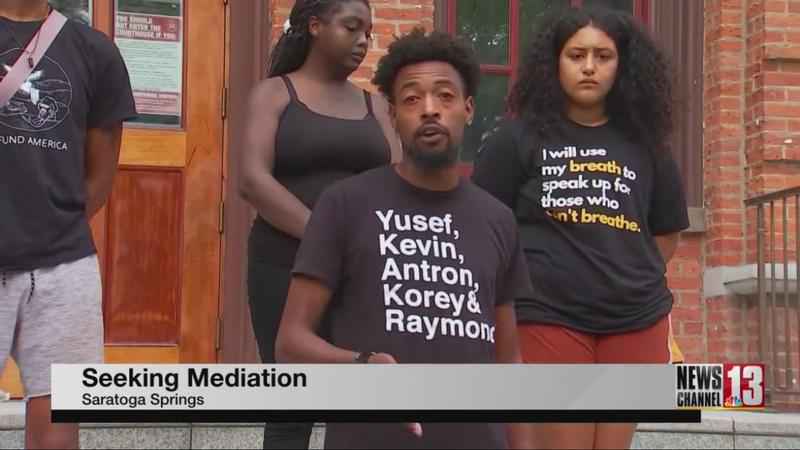 "Neither side is listening well. We get into these constant back and forths, whether it’s at a City Council meeting or in the streets," said Finance Commissioner Michele Madigan.

There’s one thing they agree on, that a mediator can help them find some common ground.

See what that might look like and when it would begin by watching the video of Mark Mulholland’s story.