They’re scrambling to fill hundreds of positions as the track opens later this week.

Because of pent-up demand and our eagerness to travel, Saratoga Springs businesses are poised for a banner season. However, they need help.

The sign on the entrance to the Holiday Inn Saratoga Springs seems to shout out what many businesses are feeling. 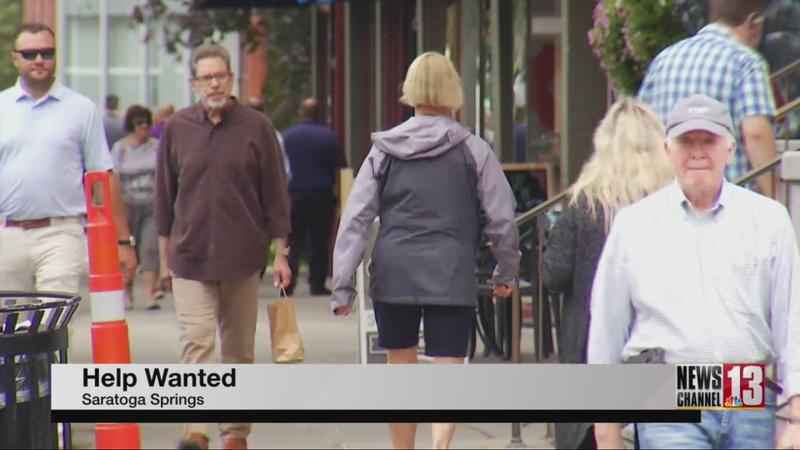 After a year when COVID kept fans out of the track and away from town, they’re being welcomed back with open arms.

Hotel reservations and rates are up over 2019 levels. But staffing is down. Holiday Inn General Manager Kevin Tuohy says he could use about 20 more people, across every department.

"From the hotels that we’ve talked to so far, they don’t sense any let up in the willingness of people to pay to be here in Saratoga. I think the world missed being in Saratoga last year and hopefully the world is coming back."

Learn how restaurants and hotels are working to make sure service doesn’t suffer by watching the video of Mark Mulholland’s story.