Life is slowly returning to normal in parts of Saratoga County hit by torrential rain on Thursday.

One of the areas flooded was Northern Pines Road. It’s believed the water was about 3 feet high. A woman was rescued on a kayak. Thanks to neighbors and the Wilton Volunteer Fire Department, they were able to get that woman to safety.

Most of Friday’s clean-up effort has been in Corinth in the County Route 24/Spier Falls Road area. The road was reopened around 3 p.m. Friday. 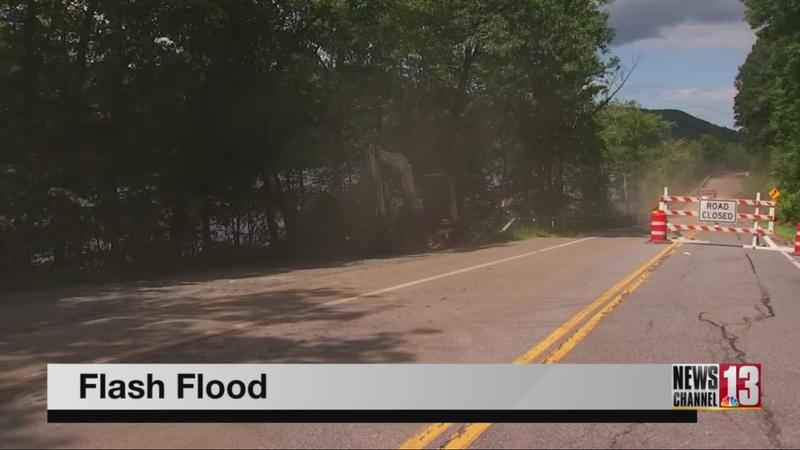 Chad Cooke, the Saratoga County Public Safety Commissioner, says crews were busy removing debris from the roadway. They had to close part of the road off for most of the day.

In Gansevoort, he said they had some roads submerged in water, but there wasn’t much damage. He was thankful no one was injured.
"Our crews were dispatched immediately to close off County Route 24 and prevent those sorts of things from happening," said Cooke.

The woman rescued in the kayak appears to be okay and is back home.

First Warning Meteorologist Reid Kisselback also took a look at some of the flood damage.