Saratoga County Fair ready to kick off after pandemic break

BALLSTON SPA – The Saratoga County Fair is kicking off after having to go virtual last year because of the pandemic.

The gates open at 5 p.m. on Thursday, and the fair is offering free admission that day.

NewsChannel 13’s Sam Hesler got a sneak preview and spoke with Tammy Ballestero, president of the fair.

"We are really excited. There’s going to be nothing like opening up those gates and having people come back to the Saratoga County Fair," Ballestero exclaimed.

Ballestero says there’s been plenty of challenges to get to this point, like getting enough volunteers. She also says it is taken months of planning and preparation. 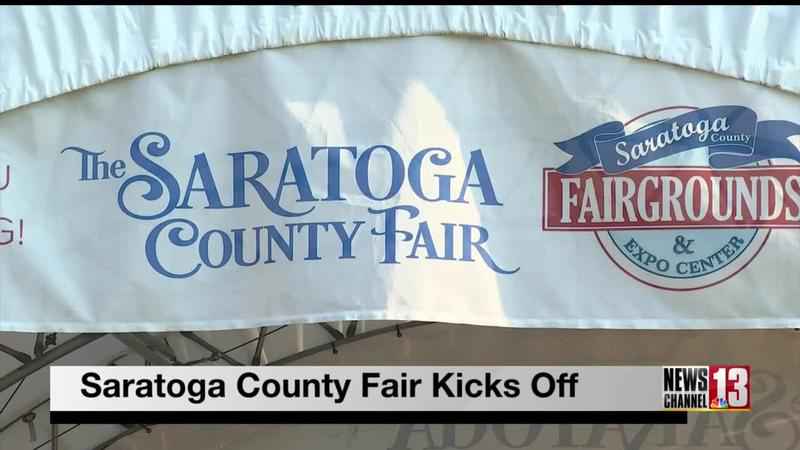 "It’s been a moving target. We are making sure that we are compliant with whatever the guidelines are for COVID-19 on that day," she said.

However, there is plenty to look forward to. They have the traditional fair food and rides, and plenty of shows put on by the county’s 4-H program.

"I’m so excited that our kids have the opportunity to be back up here and really show what they’ve been working on for probably two years now," said Greg Stevens, 4-H Issue Leader with the Cornell Cooperative Extension.

This year, they’ll be focused on showcasing animals ranging from horses to chickens.

The group won’t be showing any of their stationary exhibits at the fair. However, they will be highlighting those next month at the 4-H Training Center in Ballston Spa.

Visitors will also see some other changes at the fair this year. There’s no grandstand or demolition derby, no alcohol will be served, and it’s only running for four days instead of six.

"We are a smaller event, so we want to make that clear," Ballestero noted.

Regardless, she hopes the fair can provide some fun for the community after a challenging year.

"There’s nothing like being able to have people together. It has been a long time since we’ve had this type of companionship," she said.

For more information about the fair or becoming a volunteer, click here.