By the time his procession that included a flag-draped coffin inside a black hearse, along with police and Patriot Guard Rider escorts reached Corinth, thousands of residents stood at the end of the driveways, or lined the streets, waving American flags and saluting the war hero who died at the age of 24, on Dec. 6, 1950.

The tribute continued outside the Densmore Funeral Home on Sherman Avenue, as military personnel carried that flag-draped coffin inside and soldiers past and present stood at attention, saluting the local hero.

"It was just incredible," she said. "Every overpass (along the Northway) there were fire departments and everyone saluting, and it was just amazing, and my dad though it was terrific too." 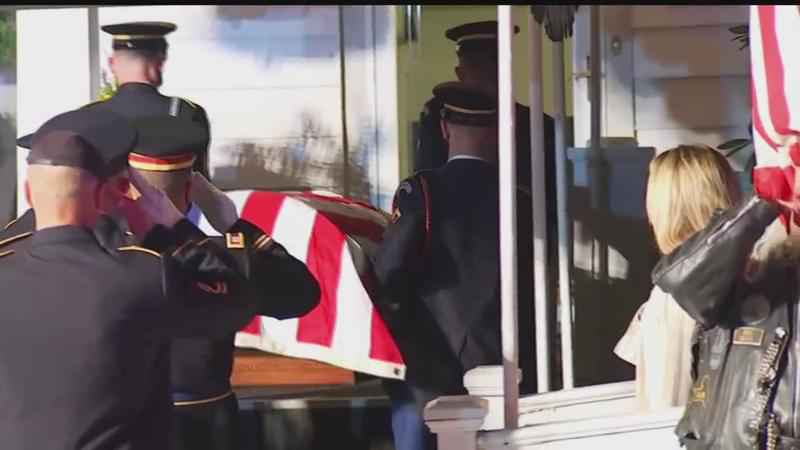 Bruno says her dad, Doug Smead, was 8 years old when his big brother enlisted at age 17, serving in World War II as a member of the 10th Mountain Division, and then later serving in the Korean War.

Walter Smead’s remains were included in the 55 boxes returned to the United States following the summit between President Trump and Chairman Kim in June 2018. His remains were identified using DNA technology and anthropological analysis.

"When Walter had disappeared," Bruno recalled, "my dad enlisted to go to Korea to try to find his brother. One way or the other, he wanted to find him. It’s incredible that he’s finally home."

The Smead family is service-oriented. Marine Sgt. Stuart Smead, Walter’s cousin, says Smeads have fought in nearly every American war dating back to the Civil War.

Walter Smead’s funeral is scheduled for Monday at noon. He’ll be buried at the Solomon National Cemetery with full military honors.