"What’s sad is the Russians have changed tactics," he said. "As you can see today they bombed a maternity hospital knowing full well what they were bombing."

Baran, a cardiologist from Saratoga Springs, has made many visits to Ukraine, delivering used medical equipment on some of those visits. His parents emigrated from Ukraine in 1949, and he feels an obligation to his parents to do what he’s doing as president of the local chapter of the Ukrainian Congress Committee of America.

Seeing bombs dropped on pregnant women and newborn babies at a maternity hospital in Mariupol, he says, is barbaric and heartbreaking, and just as sickening as many of the other Russian tactics.

:Three or four times they promised safe (passage) and as soon as the people started leaving the city, they shell it," Baran pointed out. "It’s just unbelievable that they can behave as such utter animals. It’s supposed to be a civilized country." 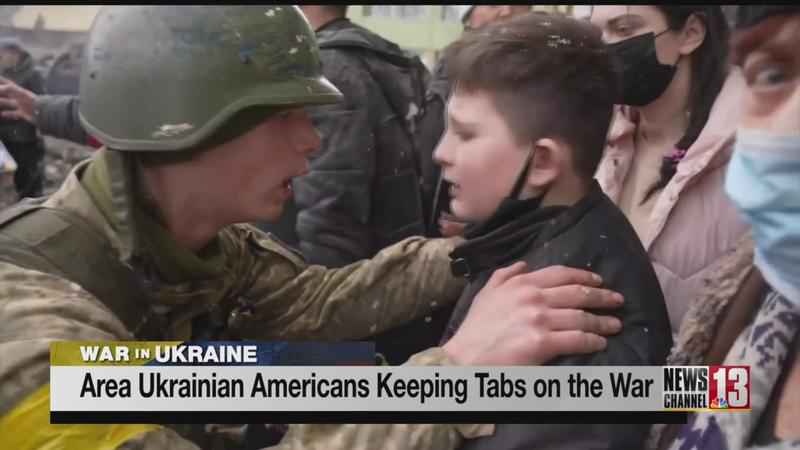 What we’ve seen in recent days is a toughening of western sanctions. In addition, the Russian Central Bank is limiting withdrawals of foreign currency, and the ruble is crashing.

"He doesn’t care (about those things)," Baran opined. "He’s KGB. He was brought up in a system where human life doesn’t matter."

Even though President Biden and NATO countries, at this point, are reluctant to declare a no-fly zone over Ukraine," Baran wondered. "How much more could (the war) escalate?"

Baran says instead of reacting to Putin, he’d like to see the U-S and NATO take the initiative from him.

"My hope is that some of the people around Putin will depose him one way or another," he suggests, "That would be their way out. They could say, "We’re innocent. He made us do it," and pull out."

Baran says plans are being made to help displaced Ukrainians settle in the United States, but also points out the U.S. government has not yet designated them as refugees.