SARATOGA SPRINGS – The 153rd season will be remembered as the year fans returned to Saratoga Race Course. For vendors, it will also be remembered for the unprecedented challenge of hiring workers.

"We normally get between 300 and 500 applications a year at our store, some for the track, some for SPAC, etc., but this year we got about 40," said Pipino.

He says the difficulty of hiring this year is compounded by how busy it is.

Hear from another Saratoga Springs business that’s having so much trouble finding workers that they can only open four and a half days a week by watching the video of Mark Mulholland’s story. 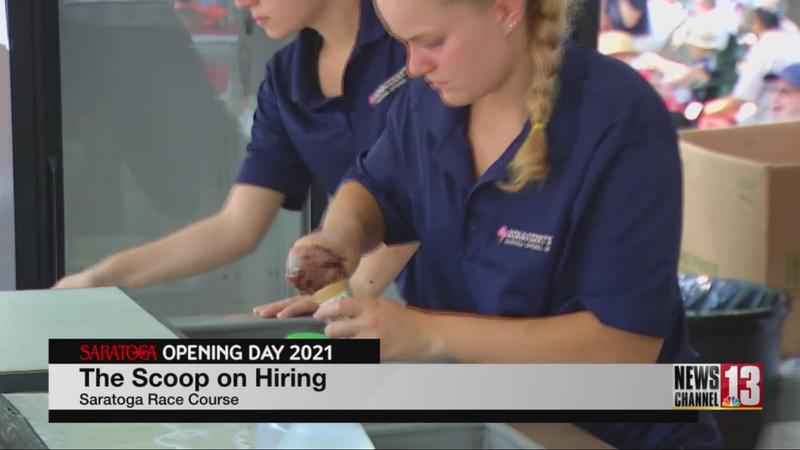