SARATOGA SPRINGS – As NewsChannel 13 been reporting, there are fewer people who want to become professional firefighters. Nowhere is the challenge more critical than in Saratoga Springs.

The Saratoga Springs Fire Department is already shorthanded. They’re down four people, and they’re getting ready to build a third fire station, where they’ll need another 15 to 20 firefighters.

Zeph Kozakiewicz, Keith Dewar and Jonah Sadowski are the newbies on the Saratoga Springs Fire Department. They’ve all been on the job for two years or less. They all took different paths there, and they all say they wouldn’t trade it for the world. They say they love the camaraderie, the ability to help people, and the schedule – 24 hours on followed by 72 hours off.

Lately, these guys are the exception and not the rule. There are fewer people pursuing careers as professional firefighters, and the timing couldn’t be worse in Saratoga Springs. They’re already down four full-time firefighters. Soon, they’ll be building the city’s third fire station and need another 15 or 20 firefighters to staff it. 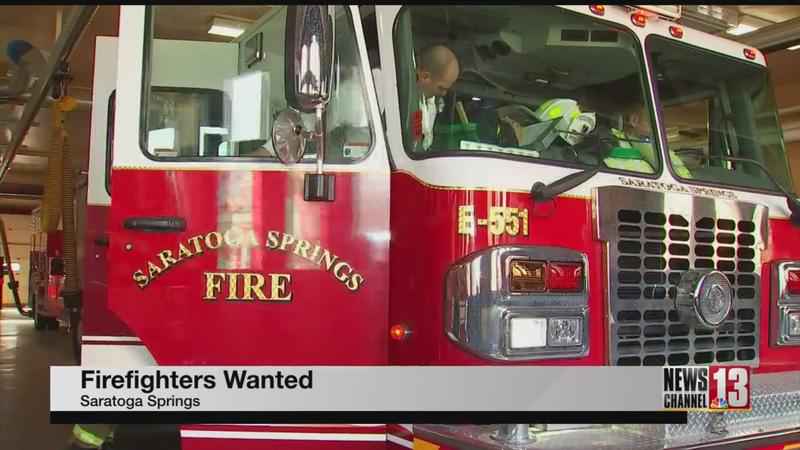 Assistant Chief Aaron Dyer says they usually have between 50 and 100 people take the civil service test to become firefighters. They have less than half that for the test scheduled next month.

Hear Dyer talk about what he loves about the job by watching the video of Mark Mulholland’s story.