The Spa City has been down this road before, but this time it might be different.

This is at least the third time NewsChannel 13 has covered this issue in the past 12 years or so, but the mayor now say times have changed and this is the time to close bars earlier.

Members of the City Council want to close bars at 2 a.m. instead of 4 a.m., which is allowed by the state. Making the change requires a majority of the council and then approval from the County Board of Supervisors, who would have to agree to close all bars in the county earlier. 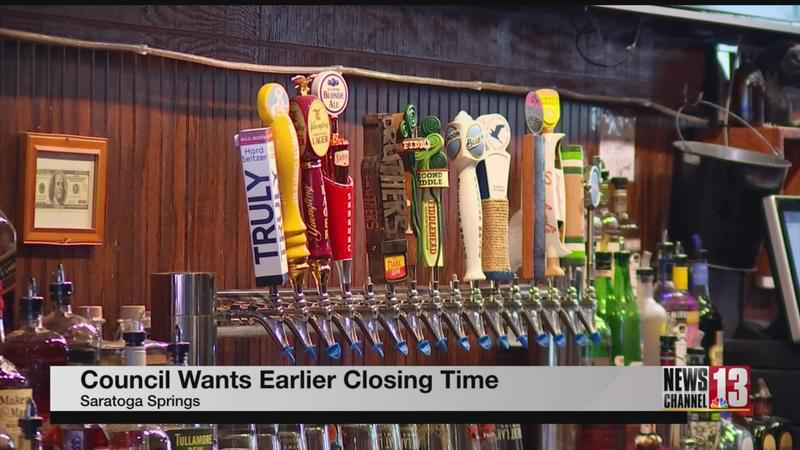 The City Council passed it unanimously this week, and now it moves on to a committee of the county board, who will decide if it warrants going to the full board for a vote.

Mayor Meg Kelly says she’s hoping the county takes it seriously, because the data shows there are more problems after 2 a.m. and they’re more serious.

"It’s time with what we’re seeing with the police activity, the lack of control that we have downtown and having to call in the sheriff to have back up every Friday and Saturday night, and we’re very thankful for that, but it’s very difficult to handle the crowds and what’s happening in the streets," said Kelly.

Police Chief Shane Crooks tells NewsChannel 13 he’s in favor of an earlier closing time in the interest of public safety.

Find out if a long-time bar owner and a county supervisor open to an earlier closing by watching the video of Mark Mulholland’s story.