Saratoga Springs police are responding to accusations they assaulted a black man they were investigating in connection with thefts from cars.

Shawn Davis crashed his motorcycle into a truck at the intersection of Broadway and Lake Avenue.

Saratoga Springs police are releasing body cam video to dispel rumors on social media that they beat Davis, who is black.

A member of Davis’s family contacted NewsChannel 13 last week to say they believed Davis had been beaten by police, but that was before they learned the details of the crash. That left police to respond to what they call completely inaccurate information. 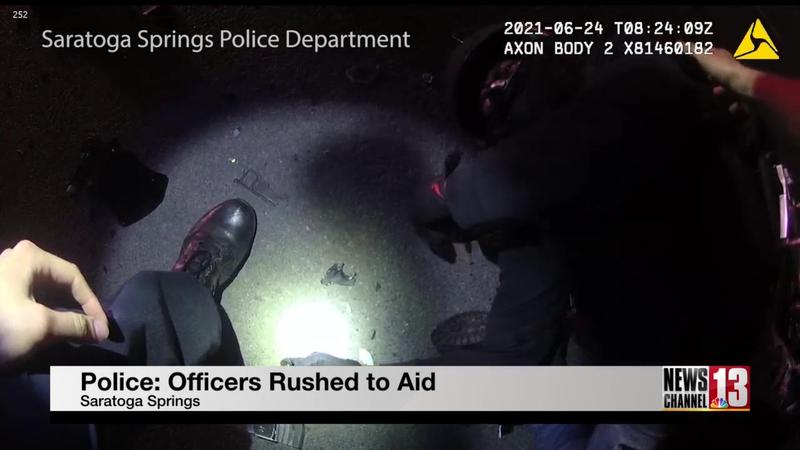 "But that’s the dialogue being shared that puts us under the microscope for police brutality and that’s not even close to what took place," said Lt. Robert Jillson, with Saratoga Springs Police Department.

Saratoga Springs police have offered to show the Davis family all of the video associated with the crash and the pursuit, which they had terminated before the crash.

You can see some of the police video by watching Mark Mulholland’s story.