Leaders in the Capital Region continue to fight back against gun violence.

Last week, the mayors of Albany, Troy and Schenectady met to strategize on the issue at a roundtable conversation that included organizations working on the ground.

One of the organizations with a seat at the table is the Youth L.I.F.E. Support Network.

President and CEO Jamel Muhammad and his staff mediate conflicts and provide support, mostly to people involved in gang activity.

"We’ve put a team together that looked at the city’s and the county’s public safety from a whole different lens," Muhammad said. 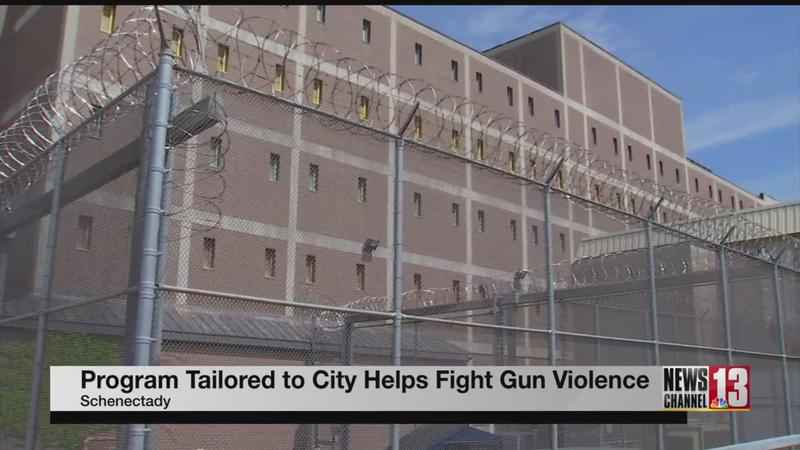 His relationship with law enforcement has given his support network unique access to offenders before, during and after an arrest.

"We have very strong lines of trust and respect," he said, explaining the group’s relationship with law enforcement.

Muhammad and his team partner closely with Schenectady County and city law enforcement. They partner for several programs together that contribute to the overall effort to reduce gun crimes in the area. He says they also rely on the support of the Schenectady County legislature.

His work with gang members and suspects both on the street and in jail requires trust from police—allowing Muhammad’s staff to keep some information they learn private.

"They understand that there may be traditional historical situations that may come up that they would typically look for cooperation or information or whatever the case may be, from a person in my position of access. In order to keep the integrity and credibility of the program, it’s not about that one moment where you can have a success of a conviction or an arrest or whatever, versus long term community safety," he said.

"It’s important for somebody else that can speak to people that won’t speak to us, some people don’t want to work with us, and they’re able to get headway where we’re not able to," said Assistant Chief Brian Whipple of the Schenectady Police Department, explaining how violence interrupters are deployed after a violent incident in the city.

Muhammad says it works because his own experience turning his life around lends him credibility.

"Formerly incarcerated, serving 17 and a half on 20 years myself, I know what the street culture is, and I’m able to have a different conversation that they’re more receptive to because I’m not coming to them from a textbook," he said. "They can’t say I have a felony, the color of my skin, I don’t have education, etc. It takes everything off the table to say if I can go through what I’ve gone through, and I can stand at your door and support you, there’s nothing you can’t yourself do."

A big part of the work they do is stopping violence before it happens and keeping people out of jail by getting people and their families the support they need on the street.

"We’ve been able to put another team in place here that works with counseling as well as service needs to connect them with the resources before going out, to make sure they have housing, they have employment, they have training," Muhammad said.

Asked how he measures the success of the programs, he says he looks at the growth of the city as a whole.