A fire Wednesday morning in Schoharie was deadly.

Police are not yet identifying the victim, but NewsChannel 13 has learned the Schoharie Reformed Church is mourning the loss of one of its members.

Members of the church are now rallying around the grieving family.

The house is now completely reduced to rubble. The structure is so unstable that fire crews could not get inside to find any possible victims.

Fire crews were called to the home around 4:30 Wednesday morning. 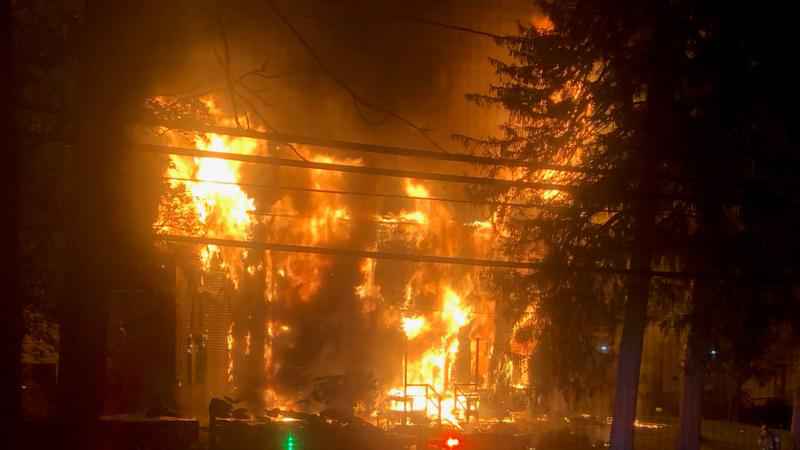 At least nine fire departments helped to fight the fire.

Neighbors described waking up to a terrifying scene, including one man who tried to help get to someone who is believed to have been inside the home as it burned.

"We came back around to the front and a gentleman came around and said that his mom was still inside but he couldn’t get to her," said Robert Jenks.

"As it grew, the heat became amazing. It was like you were standing in front of a sauna, almost. And there was so much popping of electrical and just wood popping all over," said Kristian Welch.

Meanwhile, Route 30 is now back open.

Here’s the address if you want to send a donation to the family: