Several school districts in the Capital Region say they are aware of the TikTok threat for Friday. Even though law enforcement officials believe the threat is not credible, there may be an additional police presence at some schools. This is just as a precaution.

On the social media platform TikTok, there is a threat that calls on students to commit acts of violence on Friday. J. Michael Skiba is an International Cybercrime and Counter Fraud expert. He says in 2019 TikTok had 390 million users. Now, TikTok has one billion users. He believes the growth is why the threat went viral.

Skiba is also a parent. The post is very concerning for him. He says people should always report troubling things they see online. He says the problem with online posts is it’s hard to find where they originate from, and there are a lot of fake accounts. 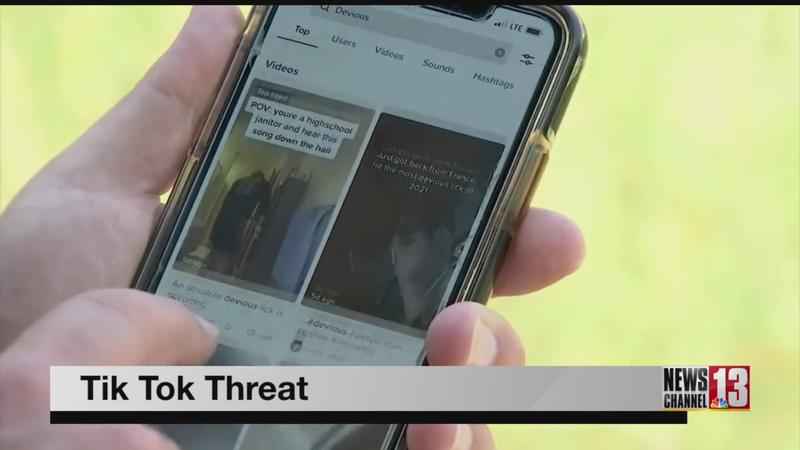 Several police departments and school districts released statements saying they are aware of the threat. The law enforcement community as a whole does not believe the threat is credible. Some, like the Colonie Police Department, say they may have additional officers at schools Friday as a precaution.

Colonie Town Supervisor Paula Mahan was upset to hear about the threats. She wants students to not participate in any violence.