On the heels of the Senate’s passage of the infrastructure bill last week, Sen. Chuck Schumer was at Albany International Airport Wednesday morning talking about some of the benefits to our area.

Schumer says the airport would get more than $28 million.

Some of this would allow the airport to expand the terminal and alleviate long security lines.

He says the bill will also increase funding for Capital Region transit, roads and bridges, clean water, and passenger rail. 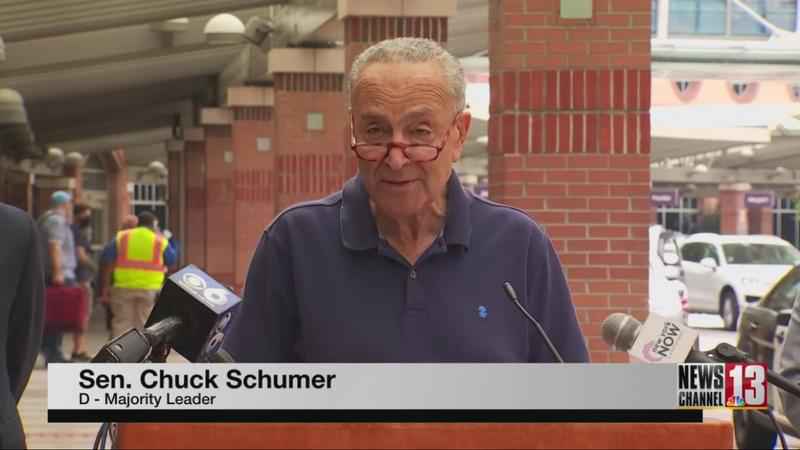